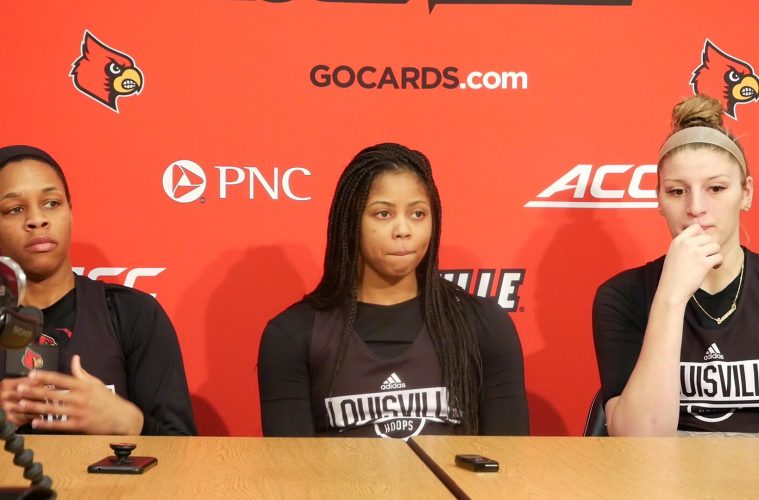 Senior Night for Louisville women’s basketball will take place tomorrow, February 28 as the #3 Cardinals face #10 N.C. State in a game with significant post-season implications. Jeff Walz’s squad have secured at least a double-bye, but final seeding is fully dependent on the outcome of the final two regular season conference games.

Asia Durr, Sam Fuehring, and Arica Carter are in their final season with the Cardinals. The team’s following game is away at Pitt but, although Senior Night is a farewell of sorts, it’s essentially a guarantee that Louisville will secure a top seed in order to play the first rounds of the NCAA tournament at the KFC Yum! Center.