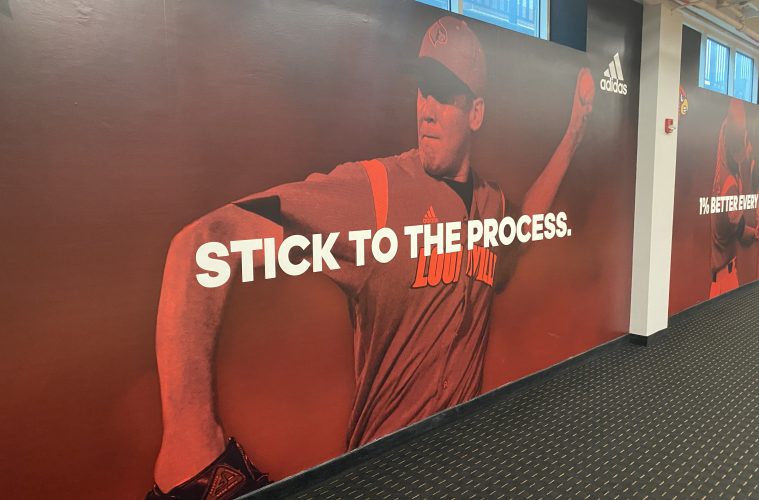 The season opener is still a day away but I can already hear the sweet sound of a Bobby Miller fastball zipping through the air, and the ‘clink’ of an Alex Binelas home run coming off the bat. The hype has been built and the #1 preseason ranking is ours.. it’s finally time for this squad to live up to the hype and prove how much they deserve the top spot. Coming off a 51-18 season, the Cardinal Nine are going into the 2020 season ready for battle and opening weekend will be no easy feat.

The Cards head to Ole Miss for a top 25 opening weekend series February 14th through 16th. The #18 Rebels were one win away from Omaha last season and I can only imagine they’ll be playing with a chip on their shoulder this year. They’re bringing back some solid batters, an outfield that includes an All-American football player (Jarrion Ealy), and a few newcomers who are excited to get their first taste of next level baseball. Here are a few names to remember heading into this weeekend…

o Keep an eye out for Doug Nikhazy. Last season this guy threw for 86 strikeouts and was named All-SEC, an All-American, and earned a spot on Team USA. He’s not to be underestimated when Louisville sees him on Friday.
o Tyler Keenan- 15 home runs and 66 RBI in 2019. I don’t really need to say anything else about him. Dude can hit and I’m sure he will keep our pitching staff on their toes.
o Anthony Servideo attempted to steal a base 26 times last season. He was successful 24 of those 26 times. I expect to see him get his first few in some time this weekend.
o Reid Detmers will not let anyone off the plate easy this year. We will see him on the mound Friday and I’d be surprised if he didn’t have several perfect innings.
o Zach Britton is a force and it’s a shame he’s not talked about more often. With 5 home runs last season, I fully expect him to show up and show out all weekend for the Cards.

All three games will be on SECN+ and can be heard on 93.9 The Ville.

News, Notes, and other banter…
o The promotional schedule was announced and is available here.
o Louisville was voted the ACC Preseason favorite.
o 55 of 56 games will be televised either nationally or through ACC Network Extra.
o Alex Binelas, Reid Detmers, and Michael Kirian have received preseason All-American recognition.
o Michael Kirian was named to the Stopper of the Year Preseason watchlist by NCBWA.
o The home opener for Louisville baseball will be February 19 vs. Wright State.
o As a preseason friendly reminder I’d like to let you all know that no matter how many times you tweet at LJ about attending a baseball game, he’s not going to do it. Save your energy to cheer on the team when we make it to Omaha and I win the bet. (Podcast listeners will understand)
o Season tickets are still available by clicking here.

Lastly, please remember that I’m still new at this. If there are things you want to read about, baseball related, feel free to reach out to me as I am always open to ideas. Will I have the time and energy to appease every single person? No, that’s unrealistic. However, I will do my best to bring you enjoyable and fun baseball content throughout this season. Go Cards!