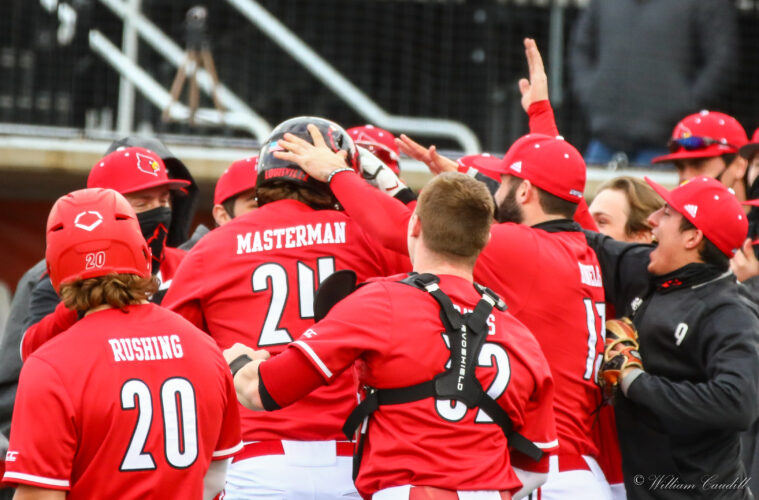 LOUISVILLE, Ky. – The University of Louisville baseball team had the bats working in the season-opening series against Bellarmine and no player more than junior outfielder Cameron Masterman, who was named the ACC co-Player of the Week on Monday.

Masterman homered in all three games of the series, finishing the weekend 6-for-11 (.545) with the three home runs and six RBIs. He shared the award with Christian Del Castillo of Miami.

Through the first weekend, Masterman leads the ACC in home runs and total bases (15), while tying for the lead in hits and ranking second in RBIs. The Prospect, Ky., native was the first Louisville player to homer in each of the first three games of the season since records are available in 2000.

Masterman helped lead a potent Louisville offensive attack in the sweep of Bellarmine that saw the Cardinals launch six home runs and hit .317 as a team.

Louisville is back on the diamond on Tuesday to take on Eastern Kentucky. First pitch is scheduled for 3 p.m. ET at Jim Patterson Stadium.