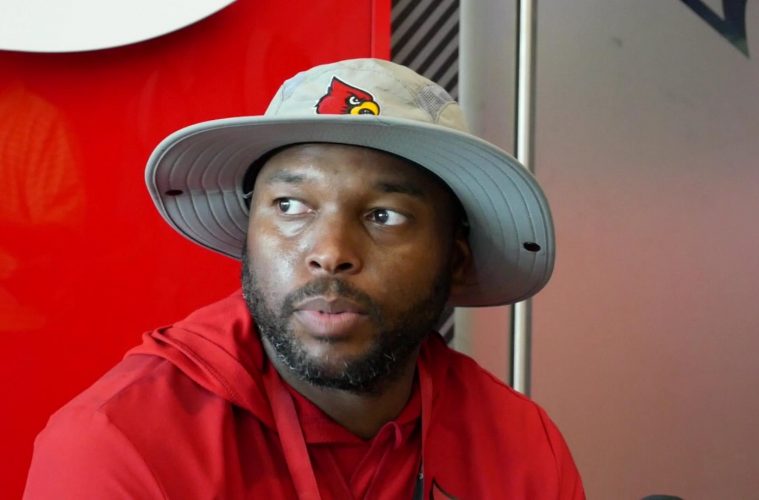 Brown will continue to serve as the program’s defensive coordinator and cornerbacks coach.

Entering his third season, Brown inherited one of the lowest ranked defensive groups in the country – rated 112nd in total defense and 128th in scoring defense. Brown has put his stamp on the UofL defense over the last two seasons – showing dramatic improvement after each year.

“This is a well-deserved promotion for Bryan, Satterfield said. “When he arrived nearly three years ago, he inherited a defense that was ranked near the bottom of almost every defensive category in the country. Since taking over, our defense has illustrated dramatic improvement each season, and that’s a testament to Brian’s ability to implement his scheme and get his players to play at a high level.”

“I first hired Brian as an assistant coach and now I’ve seen his career grow, develop and flourish in the coaching profession. He’s a rising star as a coordinator and I’m blessed that he continues to be a part of our staff.”

The biggest improvement came last year when the Cardinals led the Atlantic Coast Conference and rated 17th nationally in passing defense, and were ranked third in the conference in total defense (369.1) and scoring defense (26.6 ppg.).

UofL recorded its first shutout since holding Eastern Kentucky scoreless in 2019, when it blanked Syracuse on Nov. 20, 2020. It marked the first shutout against a current Power Five team since a 34-0 victory over North Carolina in 2004.

The Cardinals allowed just 137 yards of total offense on the night versus the Orange, the lowest total by an opponent since giving up just 80 to Murray State in 2017, and the lowest by an FBS opponent since Boston College had 79 yards in 2015.

In helping the Cardinals achieve an 8-5 record and a win in the Music City Bowl. Brown’s troops lowered their scoring average by 10.7 points per game and 71.5 yards on the ground.

That same season, Brown recorded his first shutout as a defensive coordinator when the Cardinals defeated Eastern Kentucky 42-0 at Cardinal Stadium. It marked the first shutout of an opponent for Louisville since a 72-0 win over FIU in 2013.

Brown came to Louisville after six seasons as the defensive coordinator and cornerbacks coach at Appalachian State (2012-17). He was promoted run the defense in 2018, where he tutored one of the top defensive units in the nation.

Brown’s defense ranked sixth nationally in scoring defense at 15.7 points per game, holding the opposition to 10 or fewer points in seven contests. Brown’s unit also ranked third in the country in passing defense (148.1), No. 1 in big plays given up, sixth in total defense (279.3).

Brown and his wife, Courtney, have a son, Bryson, and a daughter, Elle.