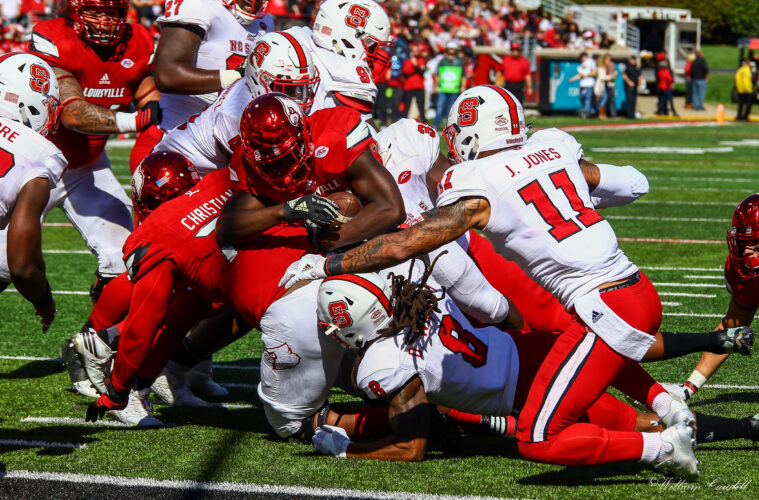 ** Louisville did exactly what it had to do bouncing back from a close Friday night win against Duke last week. The Cards came out and took care of business. The two areas that I thought really stood out were the passing game and the entire defense but overall Louisville made a statement and diminished any fear that they weren’t as good as originally thought.

** Lamar Jackson had yet another fantastic performance. While Jackson had 76 yards rushing, I thought what he did through the air was the most impressive. The throws were crisp, on time, and just overall well played. Give the offensive line a lot of credit here for giving Jackson more than enough time in the pocket.

** The defense was physical and swarmed to the ball. There were playmakers all over the field but thought a couple notable players were Stacy Thomas, DeAngelo Brown, and Jonathan Greenard. Brown didn’t put a lot of stats on the board but his physical presence inside was noticeable. Along with Brown, Greenard came in for an injured Fields and had a couple really good plays showing his potential.

**  Cole Hikutini had a huge game offensively for the Cards catching 6 passes for 118 yards and a touchdown. One thing I noticed was how Seth Dawkins continues to get more and more playing and is now getting a good chunk of snaps as a true freshman. He is going to be a star going forward, as early as next year.

** Overall, Lamar Jackson showed he is the clear-cut Heisman front-runner and Louisville showed that they are one of the top teams in the nation. Mission accomplished.

** If I had to be critical of any one thing, I think the turnovers, while not a huge factor in this game, would come back and haunt us against a higher quality opponent. Have to try to limit those going forward.

** How about a shoutout to the kickers? Blanton Creque was 4/4 on field goal attempts including a 37 yarder and Mason King pinned NC State deep in their own territory twice, averaging 42.3 yards per punt.