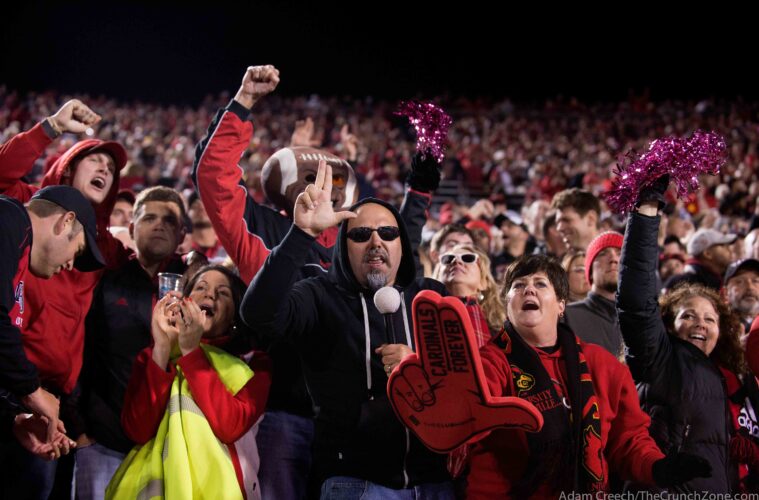 The Cards went into Golson’s backyard last season at Notre Dame Stadium and stole a victory with a true freshman a QB….and they look to do the same again this year.   But Everett is a different player under Jimbo Fisher than he was under Brian Kelly….most namely: He doesn’t turn the ball over.  In fact, that is precisely what is different about Florida State as well.

That’s the kind of swing that can only happen deliberately and that’s exactly how I would characterize this Florida State offense.  Deliberate.

The Seminoles have play-makers….and they have a great defense.  Why force anything?  Florida State doesn’t and that patience is paying off BIG. Boston College has the #1 Defense in the nation allowing just 140.3 yards per game, and Florida State managed just 217 yards….but FSU didn’t turn the ball over and allowed BC to make the mistakes and returned a fumble for a TD on the way to a 14-0 victory.

Oh….and Dalvin Cook.  Because Florida State possesses one of the best ‘home run’ hitters in college football in RB Dalvin Cook, Florida State can score on any play at any time.  That’s a luxury when you have the kind of defense the Seminoles have.  Cook has been nursing a hamstring injury lately, but still managed to put up 222 yards rushing (3 receptions for 47 yards) and 3 Total Touchdowns vs. Miami.  With one good leg Dalvin Cook can change the game….and Louisville knows all too well what Cook can do with both legs from a year ago.

Louisville’s defense is a squad that thrives on the turnover.  Florida State has changed their entire make-up to avoid turnovers after being more than generous a year ago….and while Louisville’s Offense probably benefit ted from the extra development of the BYE week, the Louisville Defense was finally finding its footing as one of the leading defenses in the country.

Like a year ago, Florida State is likely going to challenge the Cards to make tackles on the outside but this time (like all other teams in 2015) avoiding Josh Harvey-Clemons side and forcing the opposite side to make tackles in the secondary.  FSU is probably going to try and exploit Louisville’s corners by forcing them to tackle.  Additionally, Florida State had an awful lot of luck with trap runs last year with Dalvin Cook.  The Cards MUST tackle on the backside and not allow Dalvin to engage beyond his cut OR they’ve got to tackle when in position.

I’d like to just really point out how well Louisville played against NC State.  Particularly James Burgess, Keith Kelsey, and Sheldon Rankins (among others).  THAT is the type of performance many expected from this Cardinal Defense and in order to beat Florida State they’ll have to do it again.

IF Louisville’s offense can get a lead late in the ballgame, Florida State may begin to force the issue and will either make plays OR the Cards could get FSU’s 2nd turnover of the season.  Also, FSU is pretty bad so far in 2015 of getting Touchdowns in the Red Zone (112th) but they do have Roberto Agauyo, perhaps the best kicker in college football.  So if the Cards allow a trip into the Red Zone the Noles are bound to get points, but not necessarily Touchdowns.  Last year the Cards dropped 4 Interceptions.  One of which was so baffling that Keith Kelsey allowed Ermon Lane to score to take the lead after a ball so poorly thrown by Jameis Winston that both James Burgess & Gerod Holliman collided trying to catch it.  And don’t forget Sheldon Rankins causing a fumble behind the line of scrimmage on 3rd Down by Karlos Williams only to have Nick O’Leary recover in the endzone for a TD.  The Noles got all the breaks…..we’ll see if the Cardinal Defense can contain the edge and get a few of their own on Saturday.