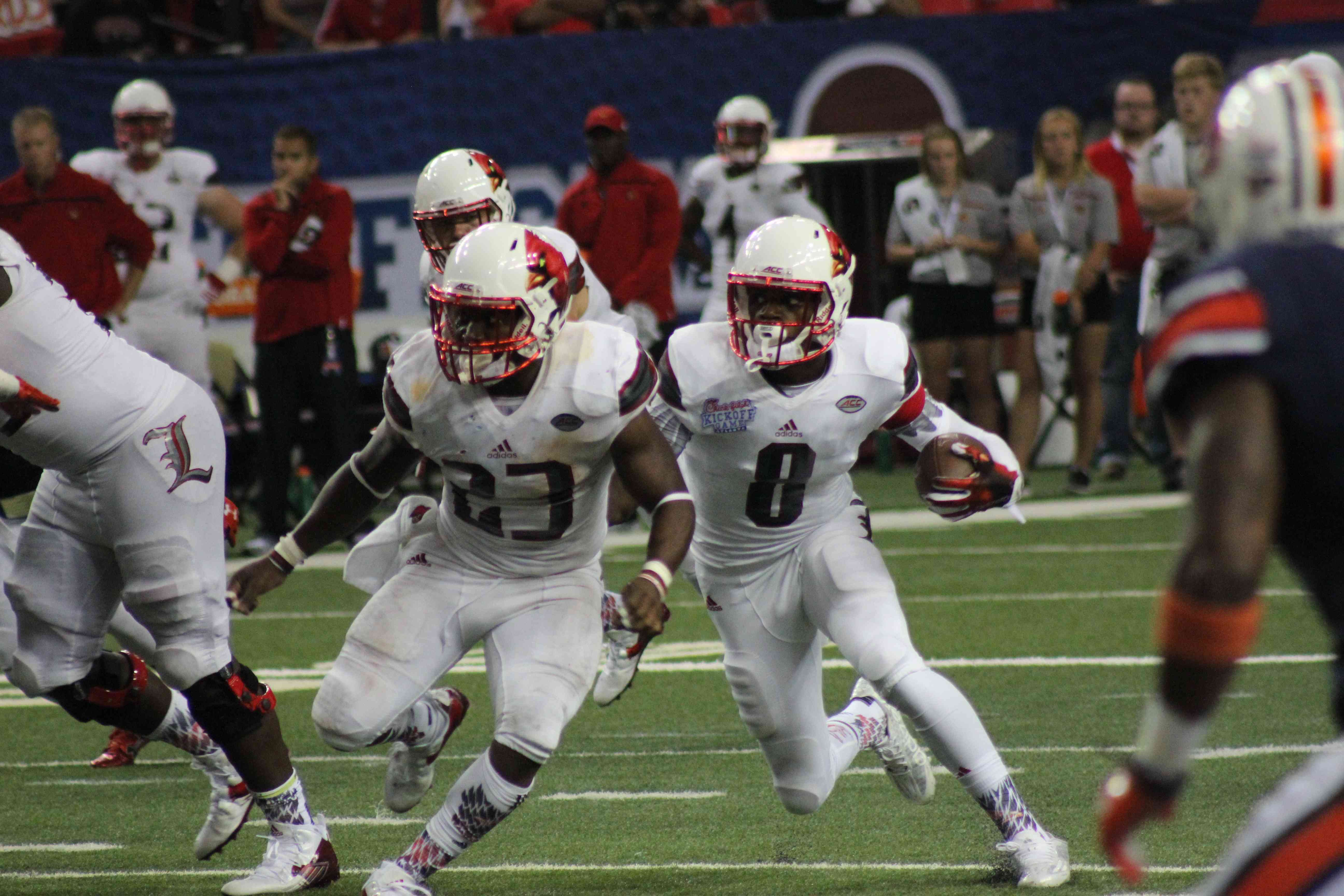 “Hosting teams from the ACC has been a long-standing tradition for the Chick-fil-A Kickoff Game,” said Bob Somers, Peach Bowl, Inc. chairman. “We’re thrilled to have the opportunity to host another ACC conference opener in our game in consecutive seasons.”

The 2023 Chick-fil-A Kickoff Game will represent only the third time Louisville and Georgia Tech have faced off on the gridiron. Georgia Tech currently holds a 2-0 advantage over Louisville all-time, including a 46-27 win over the Cardinals this past season.

“Louisville with Coach Satterfield and Georgia Tech with Coach Collins are two teams on the rise in the ACC and with their successful recruiting classes, they should be competing for divisional championships in 2023,” Peach Bowl, Inc. CEO and President Gary Stokan said. “We’re looking forward to another compelling matchup when the two programs meet to open the season in the Chick-fil-A Kickoff Game.”

“This is another tremendous opportunity for our student-athletes to experience playing in one of the premiere football facilities in the country,” said Vince Tyra, Louisville director of athletics. “Our fans will be equally excited about returning to the Mercedes-Benz Stadium to open ACC action in 2023 after opening up our 2021 season with Mississippi in the same facility.”

“Having an opportunity to play in this iconic game for the second time in three seasons is exciting for our student-athletes and fans,” Louisville Head Coach Scott Satterfield said.  “We are thrilled to be opening our ACC schedule against Georgia Tech in one of the premier football facilities in the nation.   It’s a short trip for our fans and I know they will make their presence felt.”

“We’re proud to add another Chick-fil-A Kickoff Game to our six-year series of home games at Mercedes-Benz Stadium,” Georgia Tech Athletics Director Todd Stansbury said. “In addition to the excitement that playing in one of the world’s best sports venues affords to our student-athletes and fans, being a part of the Chick-fil-A Kickoff Game gives us the chance to showcase our program, our institution and our city for what is always a large national television audience. We thank Peach Bowl, Inc. and AMB Sports + Entertainment for the opportunity and are looking forward to bringing Georgia Tech football to Mercedes-Benz Stadium.”

“We couldn’t be more excited that another one of our six upcoming home games at Mercedes-Benz Stadium is going to be the 2023 Chick-fil-A Kickoff Game versus Louisville,” Georgia Tech Head Coach Geoff Collins said. “It’s another great opportunity for Georgia Tech and our student-athletes to showcase our program and our culture in the world’s premier football stadium, in one of college football’s premier games and less than a mile from our campus in the heart of downtown Atlanta.”

Like the 2022 matchup versus Clemson, the 2023 Chick-fil-A Kickoff Game is part of Georgia Tech’s six-year agreement to play one home game annually at Mercedes-Benz Stadium from 2021-26. The game will be included in Georgia Tech’s season-ticket packages and Tech season-ticket members will have priority access to preferred seating options (including premium seating), as well as parking. Louisville will receive its own ticket allotment to the game and additional tickets will be sold through the Peach Bowl, Inc. ticket office. Tickets will be available for public sale early in 2023.