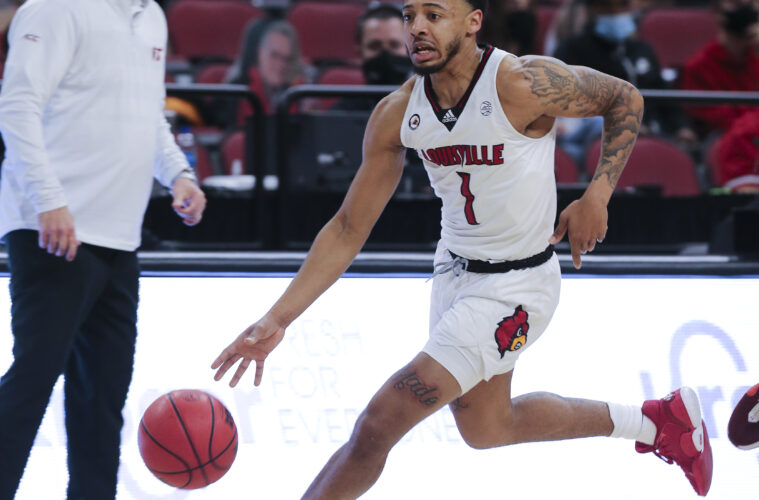 Cards Get Ranked Win Over Hokies 73-71

Louisville hosted the #20 Virginia Tech Hokies and picked up the first ranked win over the season.

The Cards were up 14 points early in the 2nd half and managed to hold off a late game assault from Va Tech. A Carlik Jones turnover, a missed one-handed alley oop by Jaelyn Withers and a missed free throw by David Johnson gave Virginia Tech an opportunity in the game’s final seconds but UofL prevailed.

Louisville Coach Chris Mack was elated about the win following the game as the Cards hold the sole #1 spot in the ACC Standings in early January. The win will initially notch itself as a Quad 2 win for the Cards given where VT is currently in the NCAA’s NET Rankings but could elevate as the season progresses if Mike Young’s team can continue to play as well as they were coming into tonight’s game.

VT started out HOT with an 11-0 run to open the game. Louisville responded right back with a 9-0 run of their own and would eventually build a 5 point lead at halftime.

Jaelyn Withers finished the game with 16 points, 12 rebounds, 1 block and 2 steals in what was his finest performance to date in a Louisville uniform. Wither’s also limited Keve Aluma who has been the Hokies most reliable weapon.

Virginia Tech was held to just 4 points in the paint in the 1st half and instead turned to the 3 point shot where Jalen Cone launched a barrage from outside hitting 6 of 12 from outside and finished with 23 points. But it wasn’t enough as the Cards once again got huge performances from Carlik Jones and David Johnson who both finished with 17 points each.

Louisville’s game versus Georgia Tech has been postponed with COVID issues with Josh Pastner’s program. Chris Mack doesn’t anticipate playing a game on Saturday in replacement of GT and instead will work on situational basketball and integrating Charles Minlend into the line-up for the 1st time after transferring from San Francisco and waiting for his knee injury to fully recover.