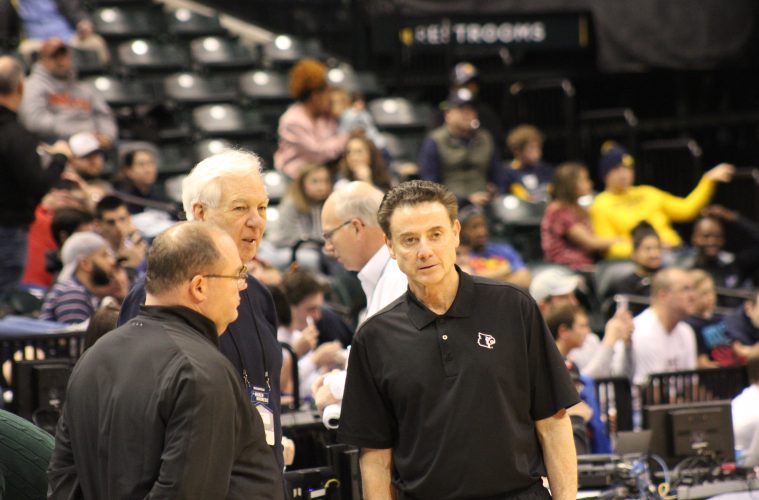 Louisville Basketball players Donovan Mitchell, Deng Adel & Jaylen Johnson ALL declared for the NBA Draft on Wednesday afternoon.  None of the 3 players have hired an agent making themselves eligible to return to college basketball should they remove their names from the draft by May 24th.  However, by declaring for the draft the trio now may work out for NBA teams and potentially the NBA Draft Combine if invited.

Donovan, Deng & Jaylen will all get feedback from NBA scouts and executives on what they need to work on and potentially improve their stock OR get on a team’s radar for next season if any of the 3 players do decide to return to UofL.

Louisville Head Coach Rick Pitino took some time to call into 93.9 The Ville radio show “Ramsey & Rutherford” to talk about the mentality and what he thinks about Mitchell, Adel & Johnson declaring.  Pitino says that it’s obvious that “Deng and Jaylen aren’t going anywhere”.