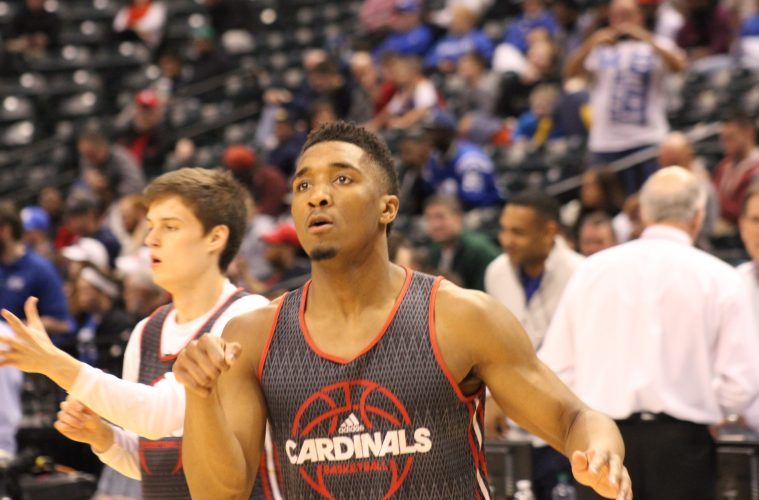 Donovan Mitchell Enters NBA Draft; Will Not Hire Agent – Has Until May 24th To Withdraw

University of Louisville guard Donovan Mitchell has decided to enter his name into the 2017 NBA Draft and will participate in the NBA Combine.  Mitchell has not hired an agent and said on Instagram that he was ‘testing the waters’ .  Also Donovan notes that he has not decided to leave UofL.

The NCAA allows players to enter the NBA Draft once during their careers to gain feedback and go through NBA workouts.  Players who end up not being invited to the combine or otherwise receive information that they should return to school may do so if they withdraw their names from the NBA Draft by May 24 if the player does not hire an agent.

If nothing else, Donovan will either rise into the lottery or (most likely) return to school with a clear understanding of what he needs to work on with his game.  The Cards most recently saw sophomores Terry Rozier, Chinanu Onuaku & Montrezl Harrell make this move following their sophomore seasons….with Montrezl Harrell returning for his junior season.  Rozier & Onuaku decided to stay in the draft.

I have decided to test the waters and not hire an agent! I am excited to workout this summer for teams and hopefully participate in the NBA Combine! I want it to be clear I have not decided to leave Louisville! #InGodsHands #Blessed 💯🐔