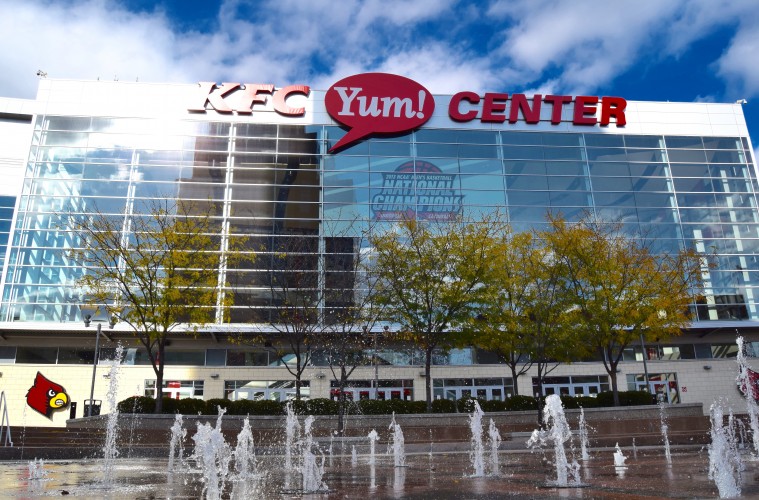 Louisville Basketball: Then and Now

With the beginning of a college basketball season comes a new wave of expectations, hopes, dreams, and disappointments. Teams will lose games they shouldn’t while also winning some they shouldn’t. Preseason rankings have little to no real meaning as human bias dictates who is ranked where, whether unfairly or not. For Louisville, starting the season unranked seems a little far-fetched. From top to bottom this team has the characteristics you look for in a potential Final Four team but how those translate will ultimately determine their fate. With only two games played so far, we do not have enough data to go on to draw any conclusions on what this team is, only what it may be. We can only compare the dynamics of this team with those of last years to see how this year’s team may stack up. For the purpose of this article, I will reference the 2014 Louisville basketball team as it was toward the end of the year, without Chris Jones, as it provides the most up to date comparison to this year’s team. Let’s examine some key characteristics and how they compare.

In 2014 Louisville relied on a rotation of roughly 7 players towards the end of the year (Snider, Rozier, Blackshear, Mathiang, Mahmoud, Harrell, and Onuaku). There were a couple others (Gill, Levitch, Aaron) that saw some time here and there but were not really in the core rotation. In this 7 man rotation, 3 players were true freshman with 2 forced into what basically was a starter role. Also included were Mahmoud, Onuaku, and even to extent Mathiang which were all either projects or works in progress. If Harrell or Rozier were to get into foul trouble it put a major dent in the production, both offensively and defensively.

In comparison, this year’s team features a 9 man rotation consisting of Snider, Mitchell, Lewis, Lee, Adel, Johnson, Mathiang, Onuaku, and Mahmoud. That isn’t even including the 5* freshman, Ray Spaulding, or former walk-on and key contributor David Levitch. In simple terms, not only is there more depth, but there is a higher quality depth. I like to sum this current team as a “next man up” team, meaning, if any starter were to get hurt or be in foul trouble, there is at least one person at every position more than capable of playing major minutes and contributing.

The 2014 Louisville team had a main rotation of Harrell, Onuaku, and Mathiang at the 4 and 5 spots with Mahmoud and Johnson playing sparingly. While the physicality, skill, and sheer effort of Harrell were unmatched by almost any opponent in the country, Onuaku and Mathiang struggled to produce in almost any way even though both showed flashes. For much of the year, Coach Pitino struggled to find a solution to the center position and at times it felt as if we were only playing 4 guys on the offensive end.

This year’s team still has a lot to prove in terms of just how far the big men have progressed. Yes, there is no Montrezl Harrell this year but what did return is a talented and now more mature Johnson, Onuaku, Mathiang, and Mahmoud. During the summer, Onuaku and Mathiang got valuable experience playing with the U.S and Australian national teams, respectively. Both players showed they were not only in better shape but were improving offensively, the one major area where both lacked last year. So far in these first two games, both have looked quite improved, especially Chinanu Onuaku who is averaging 14.5 points and 7.0 rebounds per game. Not only have Onuaku and Mathiang improved, but Jaylen Johnson who is finally getting to showcase what he can do in meaningful minutes is averaging 8.5 points per game and 6.5 rebounds per game which are numbers not to be looked down upon. If nothing else Mathiang, Onuaku, Mahmoud, and Johnson have not only had another year in the weight room, but another year to perfect their game and, most importantly, another year in Pitino’s system to learn and understand the offensive and defensive schemes.

I think in 2014 it was pretty easy to say that Louisville had 1 go to guy in Terry Rozier. If in an end game situation he was unable to get the ball, many Louisville fans would probably agree that they were not comfortable with anyone else outside of maybe Harrell trying to tie or win a game.

2015 provides a little different mentality. On this current team if we had to identify the go to scorer at the end of a game, I am sure most would agree that guy is Damion Lee. The great part about it is if Lee is unable to get the ball, I would be comfortable with either Snider or Lewis taking that game winning shot. In fact, I would be fairly comfortable with Onuaku/Mathiang taking a close range shot if they have their man posted up on the block. Regardless this team has several options to take that last shot if need be, something last year’s team couldn’t say.

We could continue to try to make comparisons between the 2014 and 2015 Louisville basketball teams if we had more information. For example, I believe this year’s team will consistently be a better scoring team than last years. I also think from what we know of them so far, this team’s attitude will be much improved from last years. These comparisons as well as many others will continue to unfold as this season rolls along. Last year’s team was able to put together enough pieces to make a run to the Elite 8, and almost a Final 4. It is my belief that this year’s team has more pieces available than last years, making their ceiling even higher. While we have only begun to put these pieces together, I think this will be yet another exciting year for Louisville basketball. There will be disappointments along the way as this young but talented team finds its way through a tough conference schedule. As both freshman and 5th year transfers Damion Lee and Trey Lewis continue to learn Pitino’s complex defensive system I think we will see this team evolve before our eyes. Here’s to hoping that evolution leads to another Final Four, or maybe even a little more.