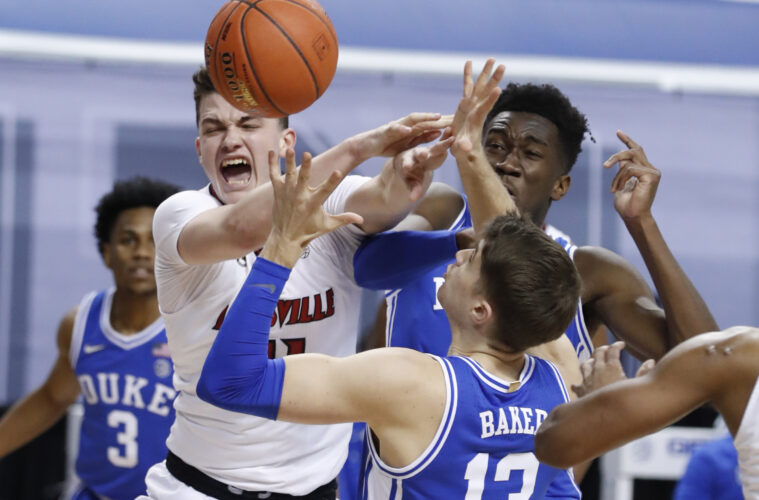 Quinn Slazinski Will Transfer from Cardinals

University of Louisville forward Quinn Slazinski has placed his name in the NCAA transfer portal and will seek another institution to continue his athletic and academic career.

“We want to thank Quinn for his time at Louisville,” said UofL Head Men’s Basketball Coach Chris Mack. “He was a good ambassador of the program, worked hard on and off the floor and put his teammates first. We wish him all the best in his collegiate career moving forward.”

“The city of Louisville has shown this kid from Houston so much love ever since I committed,” said Slazinski.  “I have appreciated everything and will take a piece of the Ville with me as I continue my college basketball career. I have decided it’s best for my career to enter the transfer portal.”

A 6-8 sophomore from Houston, Texas, Slazinski averaged 6.2 points and 3.6 rebounds last season for the Cardinals while starting eight of the 20 games in which he played. His 124 points and 71 rebounds in 20 games were more than seven times what he produced in 15 games as a freshman.  He contributed seven points and five rebounds against Virginia on March 6, his seventh game of the season with five or more rebounds.

A communications major, Slazinski came off the bench against Notre Dame to score 10 points and grab five rebounds. It was his fifth double-digit scoring game of his career and the first in 10 games. He scored a career-high 11 points at Wisconsin, adding five rebounds without a turnover.

Before joining the Cardinals, Slazinski averaged 14.3 points, 6.2 rebounds and 2.8 assists on a balanced team in his final season in 2018-19 at Huntington Prep, which posted a 20-5 record and No. 16 national ranking among prep schools.  He was selected to the All-USA West Virginia Boys Basketball Team second team.