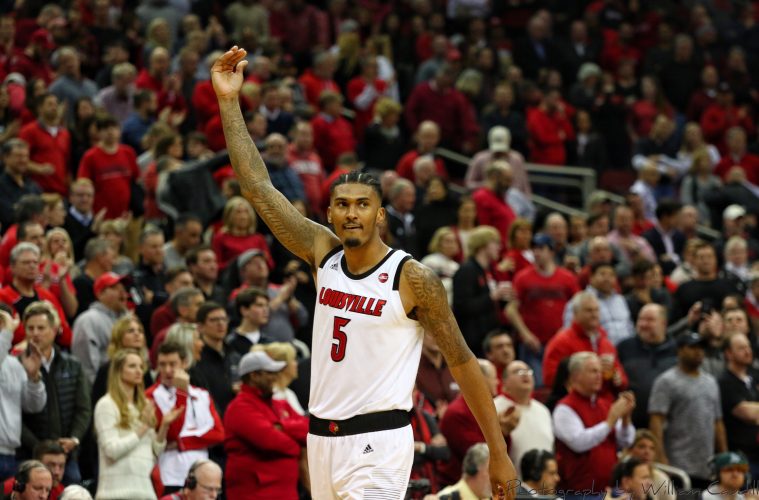 University of Louisville senior forward Malik Williams and graduate transfer guard Jarrod West have been selected as team captains for the 2021-22 men’s basketball season by a vote of their teammates.

Williams, who also served as a captain for the Cardinals the last two seasons and is the first three-year captain in UofL history, enters the season with 619 career points and 462 rebounds.  The fifth-year senior played in just three games last season after recovering from a foot injury and then re-injuring the foot late in the season.  He scored nine or more points in 15 of his last 22 games as a junior in 2019-20.

Last season marked the second consecutive year that Williams started the season on the sidelines.  He suffered a broken bone in his right foot in practice on Sept. 20, 2019, had a screw inserted into the fifth metatarsal in his right foot on Sept. 23, and returned after eight weeks, missing the first four games of the 2019-20 season.

A 5-11 guard from Clarksburg, W.Va., West averaged a Conference USA-leading 6.0 assists (12th in the nation) and 2.5 steals (11th in the nation) as a senior for Marshall last season, adding 12.5 points (17th in C-USA) and 3.5 rebounds per game.  He connected on 40.8 percent of his three-point goals (42-of-103) in 21 games as the Thundering Herd posted a 15-7 record and finished third in the Conference USA East standings with a 9-5 record.  Selected to the 2021 All-Conference USA second team and C-USA All-Defensive Team, his 2.86 assists/turnover ratio also led C-USA.  He had three or more steals in nine games last season.

In his four years at Marshall, West amassed 1,204 points (35th all-time at MU), 424 assists, 393 rebounds and a school-record 254 steals in his 126 career games (tied for fifth at Marshall), starting all but three of those games.  The career steals mark is the second-most in Conference USA history, just 10 short of the league record, and ranks fourth in the nation among active players. He was a career 37.6 percent shooter from three-point range, making 215-of-572 threes, the fifth-most threes made at Marshall. West had 57 career double-figure scoring games at Marshall and handed out five or more assists on 39 occasions.

As a junior in 2019-20, West was the only player in Conference USA to rank in the conference top 10 in scoring, assists and steals. He averaged 14.2 points (10th in C-USA), 4.1 assists (4th), 4.0 rebounds and 2.0 steals (1st) when he was honored on the All-Conference USA Third-Team, C-USA All-Defensive Team, and C-USA All-Academic Team.  West was also recognized with the 2020 Conference USA Winter Sports Spirit of Service Award for Marshall, presented to student-athletes within C-USA who exemplify excellence within their sport, in the classroom and within community service endeavors.

Louisville achieved a 13-7 record in a pandemic-shortened 2020-21 season as the Cardinals finished seventh in the ACC with one of the least experienced teams in the nation.  Louisville returns three of its top five scorers (five of its top eight), including front line starters Samuell Williamson and Jae’Lyn Withers.  The Cardinals have added a top 25 recruiting class and four impressive transfers, including a junior college All-American.  Louisville will open its season with five players who shot 40 percent or better from three-point range in their previous collegiate season for the first time in school history (transfers Matt Cross .400, El Ellis .417, Noah Locke .404, Jarrod West .408, and returnee JJ Traynor .500).

The Cardinals have posted 73 winning seasons over the last 76 years.  Louisville is one of only five schools to be ranked in the AP Top 25 poll at least once during each of the past 18 seasons (since 2002-03, excluding preseason polls) and the Cardinals have finished among the nation’s Top 25 teams in eight of the last 11 years.

Season tickets, pricing and additional information are available online now at GoCards.com/MBBtickets. Fans who wish to work with a personal ticketing consultant to compare and purchase available seat locations may text (502) 852-5151 or email tickets@gocards.com. Fans may also request more information by completing a season ticket interest form via this link.  Those who purchase season tickets have the opportunity to utilize interest-free payment plan options extending through December.