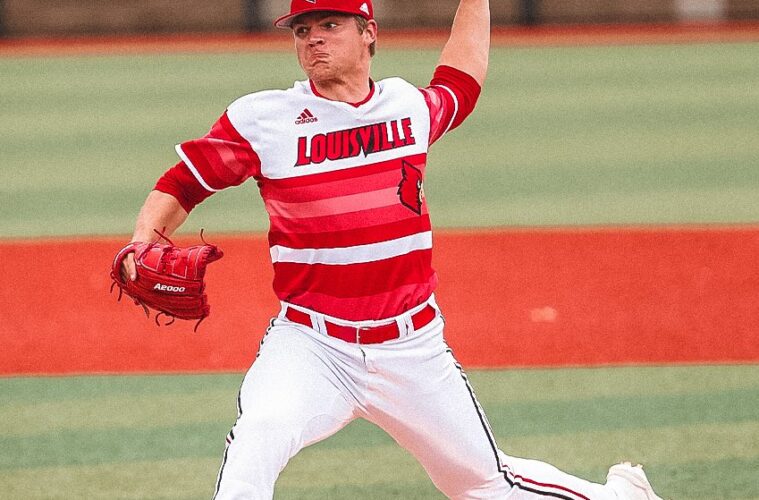 No. 15 Louisville Wins Battle Of The Barrel Over No. 2 Vandy

The Barrel is back in Louisville after the Cards took down No. 2 Vanderbilt this afternoon, 7-2.

The Cardinals pitching staff showed up today and helped secure Louisville’s first win after dropping three in a row at Clemson over the weekend. Carter Lohman got the win for Louisville today posting a 4.41 ERA, 4 strikes, and giving up 2 hits through 4 innings pitched. Adam Elliott added another save to his record and Webster, Kuehner, and Corbett totaled 5 strikeouts through their 4.5 innings pitched.

Things were slow for the Louisville offense through the first three innings. Luke Brown had the only hit for the Cards through the first three innings and it came by way of a double early in the first inning. After that, Louisville went down in order in the second and third inning. The fourth inning got things started for the Cardinal offense when Henry Davis had a lead off single and Binelas was sent to first base on an HBP. A sac bundt from Leonard put Davis and Binelas both in scoring position and Lucas Dunn tallied an RBI sending Davis home. Binelas scored on a wild pitch giving Louisville the 2-1 lead. Things really opened up for Louisville in the fifth inning, adding 4 runs to the Cardinal total, including a two-run homerun from Alex Binelas that I’m certain is still in the air as I type this. The Cards saw their final run of the game come in the eighth inning when Henry Davis homered down the left field line to give them a comfortable 7-2 lead.

Louisville will host Duke this weekend for a three-game series set to start this Friday, May 7th at 6:00. Game two and three will have a first pitch scheduled for 1:00. All three games can be viewed on ACCNX or heard on 93.9 The Ville.