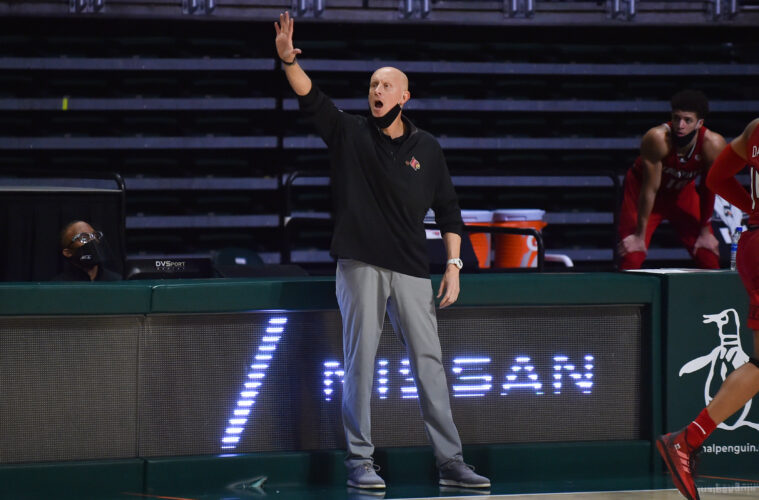 Matt Cross, a 6-7, 225-pound forward from Beverly, Mass., who played his freshman collegiate season this year at the University of Miami (Florida), has signed a financial aid agreement with the University of Louisville to play with the Cardinals.

As a transfer, Cross is the sixth newcomer joining the 2021-22 Louisville roster, adding to an impressive five-person class that signed with the Cardinals in November that is currently ranked as the No. 4 class in the nation by Rivals.com, No. 5 by 247Sports and 11th by ESPN.

“We are excited to add one of the best shooters in the country to our program,” said UofL Head Men’s Basketball Coach Chris Mack.  “Matt Cross will help our team a lot next season and beyond.  He is a tough kid, is more than a just shooter and has ACC experience from day one. Matt will arrive for summer school this June and provide some things our team was missing this past season. We can’t wait to get him here.”

In 14 games as a freshman with the Hurricanes including nine starts, Cross averaged 6.9 points, 3.5 rebounds and made 20-of-50 three-point goals (.400).  Just the third freshman to start a season opener for Miami since 2004, Cross added 20 assists, 11 steals and seven blocked shots.

Cross pulled down a season-high eight rebounds against Jacksonville on Dec. 19 and handed out a season-best seven assists against Clemson on Jan. 2, the most for a Miami freshman in three years.  He left the Miami team in late January.

Prior to his freshman year at Miami, Cross averaged 18.6 points, 10.0 rebounds and 3.0 assists per game as a senior in helping Brewster Academy in Wolfeboro, N.H. achieve a 37-3 record, a 2019-20 NEPSAC runner-up finish and a National Prep Championship title.  Former UofL standout Donovan Mitchell was also a product of Brewster Academy.

Cross ranked among the top 100 high school student-athletes in his 2020 recruiting class, including No. 86 in the ESPN 100, No. 93 in the 247Sports composite rankings, and No. 99 by Rivals.com.  He had initially chosen to attend Miami after also considering offers from Florida, Butler, Iowa, Indiana, South Carolina and Texas A&M.