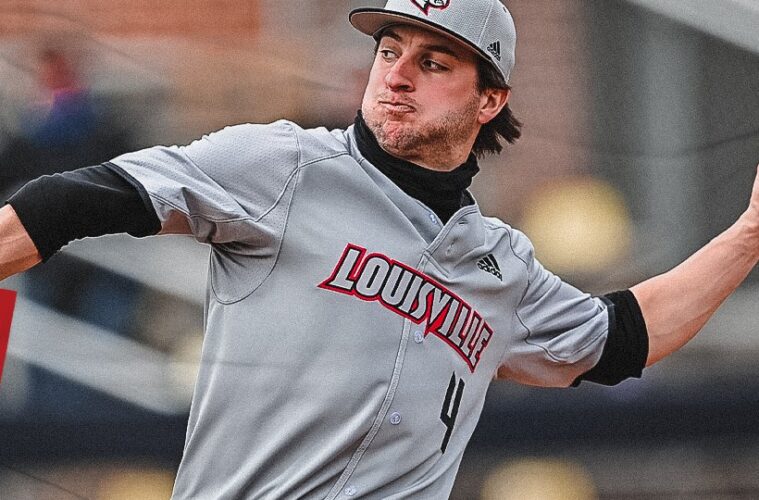 Louisville traveled to Richmond, Kentucky today for a midweek matchup against Eastern Kentucky University. They would end a 14 game winning streak and drop to 11-5 on the season after a 6-3 loss to the Colonels.

The first inning was swell for the Cards as they saw a triple from Luke Brown, who was hitting in the two spot this afternoon. Henry Davis followed that with an RBI to send Brown home for the first Louisville run of the day. The Colonels answered quickly in the bottom of the first when they recorded a double from their leadoff batter, Ridley who would also advance to third on a wild pitch. An RBI single from Peralta sent EKU’s first runner home and tied the game, making it clear that it could be a difficult day for the Cards. Before the inning was over, the Colonels would send a second runner across home plate, giving them the lead going into the second inning. In the top of the second inning Louisville answered with a homerun from Cam Masterman on the very first pitch, once again giving us a tie game. Lousville’s remaining batters would go down in order after that. King and Williams led off in the second for EKU and would also provide the team’s first two outs, putting the Cardinal defense in good position. Barrett gave up a single to Ridley, but he would be stranded when Barrett would tally his third strikeout of the day to end the second inning. Knapczyk drew a walk to get things started in the top of the third inning and after Luke Brown singled and Henry Davis drew a 4-pitch walk, Louisville had the bases loaded with one out. A sacrifice fly from Alex Binelas sent Knapczyk home, giving the Cards a 3-2 lead. Riley Phillips worked a scoreless inning for Louisville, helping the Cards maintain their lead through the bottom of the third.

The Cards went three up, three down for a quick fourth inning adding nothing to their side of the scoreboard. Louisville gave up a lead off homerun in the bottom of the fourth inning to make it a tie game, once again. The top of the fifth got spicy for Louisville. With two outs on the board, Bowman and Davis both added a stolen base to their count. This left Alex Binelas at the plate to bring them home, but he would instead ground out at first and EKU turned it into a double play to end the top of the fifth. Tate Kuehner stepped to the mound and would strikeout the side in the bottom of the fifth, keeping the game tied at 3-3. He had a rare nine pitches for nine strikes. The Cards went down in order again in the top of the sixth, but so did the Colonels. The top of the seventh was a repeat of the sixth for Louisville and it seemed that the offense completely stalled. The bottom of the inning brought some trouble as the Cards gave up 3 hits and 3 runs and would now have to find themselves trying to dig out of a hole if they wanted the win. Louisville found themselves in another 1-2-3 inning in the top of the eighth and it was becoming very realistic that they would be adding another loss to their resume. The good news is Adam Elliott was able to work a 1-2-3 inning for the Cards so they would still be only 3 runs down to the Colonels. Louisville stayed on brand during their last chance to rally and went down in order.

Their loss to EKU breaks a 14-game winning streak dating back to 2009. The Cards will return to ACC play this weekend when they travel to NC State for a three-game series starting Friday.