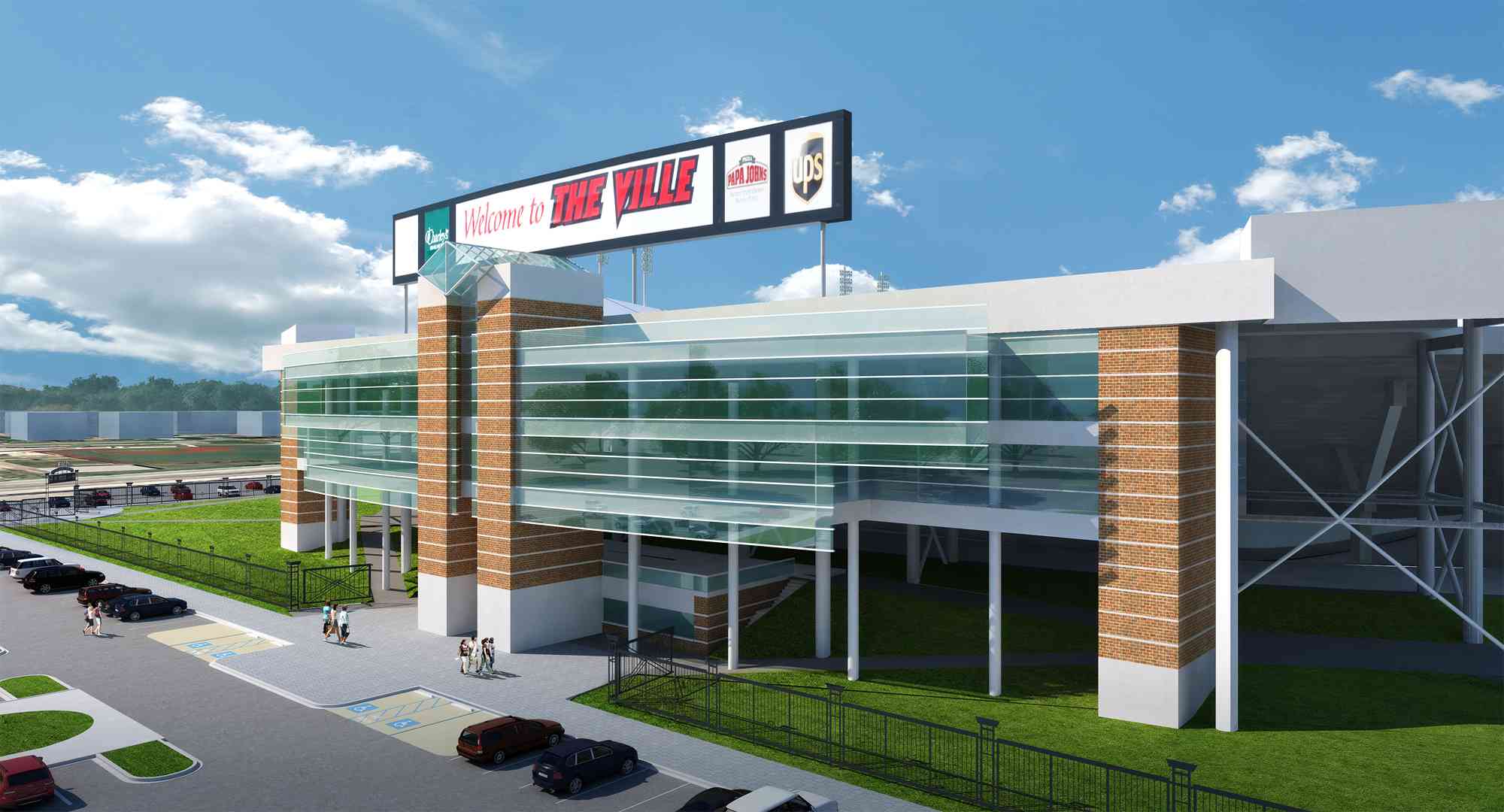 The University of Louisville on Wednesday celebrated the grand opening of its Thorntons Academic Center of Excellence, an impressive space for its student-athletes which is located beneath the Norton Terrace at the south end of the Papa John’s Cardinal Stadium.

“It may be the finest facility that we’ve built and certainly one of the most important projects we’ve taken on during my time at Louisville,” said Tom Jurich, Vice President and Director of Athletics.  “It’s a student-first building that touches all 23 of our sports programs.  We sincerely appreciate the generosity of many people that invested in the future of so many student-athlete’s lives to create probably the finest academic center in the nation.  I want to particularly thank Matt Thornton, his family and his company for taking the lead on making all of this possible.”

The state-of-the-art Thorntons Academic Center of Excellence houses academic operations and provides a central location for all student-athletes and academic staff, further assisting UofL student-athletes to excel in the classroom.

The over 40,000-square-foot center features tutorial areas, a high-performance training table to feed the student-athletes, computer laboratories, and office and classroom space that will serve over 750 student-athletes across the Cardinals’ 23 sports on a daily basis.  A massive artistic video wall greets visitors upon entry in the Republic Bank Atrium and segmented spaces throughout the facility are numerous.  The 204-seat auditorium is equipped with a 18.5 feet by 10.5 feet screen and projection system.

Several key contributors helped support the funding of the project. Thorntons made the lead $3 million gift for the Center, and in conjunction with Cardinals’ fans, helped raise approximately $6 million for their matching gift. A total of $2.5 million dollars was raised through the generosity and partnership with the iconic brand of Maker’s Mark, while Stites and Harbison demonstrated their belief in the academic mission of the athletic department by committing $2 million to the project.  Work on the $18.5 million facility began in May of 2015.