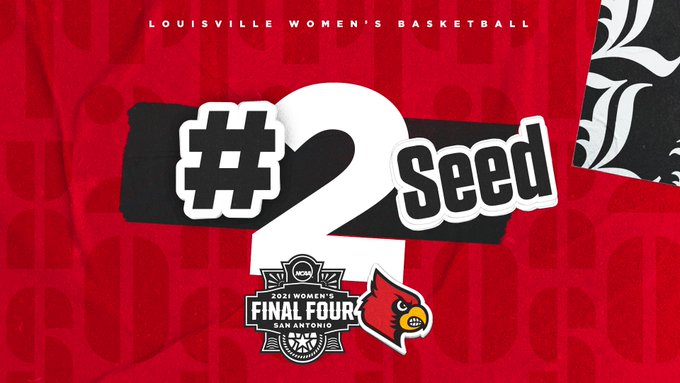 It’s time to dance. The women’s selection show was this evening, revealing the first NCAA tournament bracket on an S curve for women’s basketball. Unlike last night with the men’s bracket, we could rest assured that the women were headed to the tournament taking place in Texas. The bigger question was where they would end up. It became a very serious conversation at the end of the regular season whether the Cardinals would be a #2 or a #3 seed. While they were lacking in resume wins, they more than passed the eye test on several occasions and their only losses were to notable teams, such as the overall 1 seed, NC State.

After finishing the season 23-3, the Cards obtained a #2 seed in the Alamo region to make their 23rd NCAA Tournament appearance. They are scheduled to play #15 seed Marist on Monday, March 22 at 8:00p.m. EST. The winner of Louisville vs. Marist will play the winner of Northwestern and Central Florida.