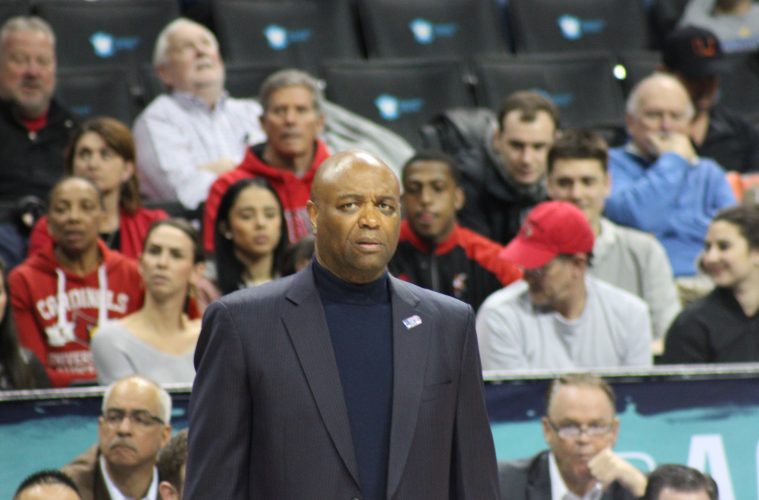 LEONARD HAMILTON: I thought in the first half Louisville did a great job maintaining their poise and executing on the offensive end. They were extremely patient, and they executed so well, and we had a hard time making them miss, and even when the ball got down to — the clock got down to the last maybe eight or nine seconds of the shot clock, they always seemed to come up with a big basket.

We shot the ball very poorly the first half, but I thought our defense — our lack of offense gave them an exceptional number of long bounces, got out in transition, and they were able to get a lot more points in transition than what we had anticipated. I just thought they did a much better job of executing and being who they were than we were.

The second half, the last 15 minutes, I thought we played with a tremendous amount of energy, but we had dug such a hole for ourselves at that point, it was very difficult to overcome their outstanding execution and their ability to make timely shots.

I think they might have banked three shots in there as the clock was running down, but that’s what happens when you don’t make a team miss, and they absolutely were not going to miss any shots if we didn’t do something defensively to cause them to miss.

Q. Just how do you bounce back from a game like this? Looks like you’ll be in the tournament. How do you come back?
LEONARD HAMILTON: Well, we don’t have a lot of upper class leadership on this team, so the ones that we have, Phil and Terance, are guys that are going to have to give us a lot of leadership here. But we’ve had a tendency to bounce back whenever we have come up a little short, and today I just think that we played against a team that was really dialed in, tuned in, and we weren’t quite as sharp as we needed to be.

But if we have an opportunity to go to the NCAA Tournament, I’m sure that we’ll play with a lot more sense of urgency to bounce back from what we thought was a poor performance today.