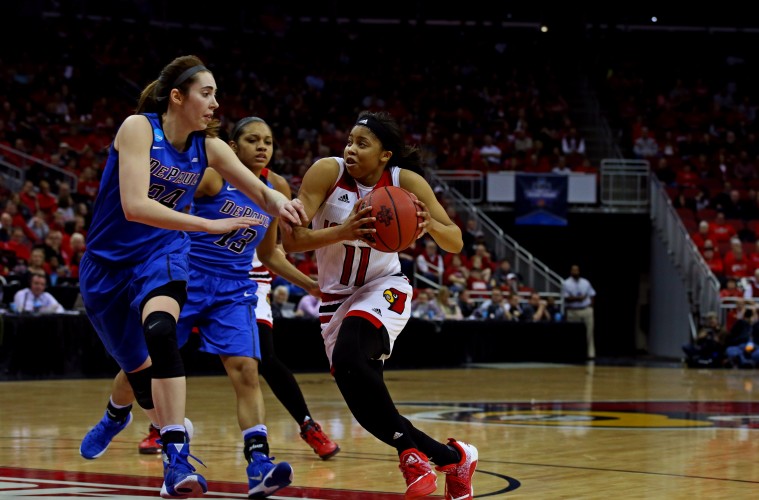 Boise State (3-1), which lost to Louisville 74-42 in the first round of the NCAA tournament in March, matched the Cardinals early, but struggled to keep pace with Louisville’s up-tempo game in the second half.

Louisville shot 34.5 percent from the floor in the first half, before hitting 55 percent of its shots in the second half, including 63 percent from 3-point range. The Cardinals also outrebounded Boise State 37-29.

Early in the second quarter, Louisville starting guard Jazmine Jones landed hard on her hip on a play underneath the basket and never returned.

Louisville: Jeff Walz’s focus on getting his team more battled tested early is paying dividends. The Cardinals chose to play two of their first three games against NCAA Tournament participants from last season. Louisville passed with flying colors. But it doesn’t get any easier with two more NCAA tourney teams on the schedule this month.

Boise State: The Broncos won the Mountain West last season and were picked to do so again. Despite the loss, Boise State should gain even more confidence heading into conference play later this season after going toe-to-toe with Louisville.

Louisville: After opening with three games on the road, the Cardinals play Arizona State in Las Vegas on Friday.

Boise State: The Broncos leave home for the first time this season, traveling to Long Beach, Calif., for the Beach Classic to face Idaho.