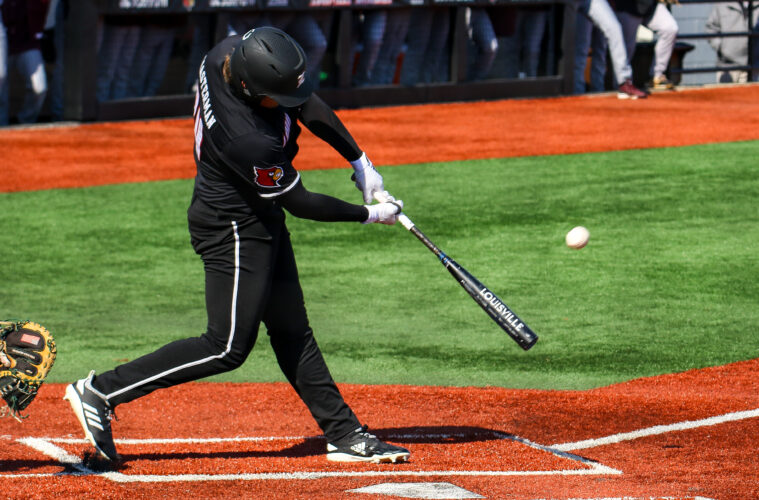 Spring is near because it’s Sean Moth that I hear on my radio all weekend. The Cardinal Nine opened their season in sunny Florida on Friday and faced three teams in three days, going 1-2.

They started things off Friday with an 8-7 victory over Charlotte, scoring in each of the first three innings. Christian Knapczyk had himself a day going 3-for-5 at the plate while we also saw hits from Ben Metzinger, Cameron Masterman, Logan Beard, and Ben Bianco. This would be the first win of Ryan Hawks career allowing two runs on one hit through 2.2 innings. Michael Prosecky saw his first career save through the final six outs of the game. Ben Metzinger’s long ball in the second inning gave him his third consecutive game with a homer.

Things weren’t as exciting for Louisville on Saturday as they faced USF for an 8-4 loss. It seemed like things were going their way through the first when Jared Poland worked a scoreless inning, but then along came the second inning. The Cards allowed six runs in the second inning and never found a way to completely bounce back. They plated four runs in the fifth, however it would not be enough to secure the victory.

Louisville had hopes of bouncing back in Sunday’s game against UConn but would come up short and barely prevent a shut out. Their only scoring came in the ninth inning when Austin Bode singled home a run. Things weren’t all bad for the Cardinals as Riley Phillips recorded four scoreless innings out of the bullpen. Needless to say the 9-2 loss on Sunday left a lot to be desired of this team.

The Cards will have their home opener this Tuesday when the host Xavier. First pitch is scheduled for 3p.m. and you will be able to watch the game on ACCNx.