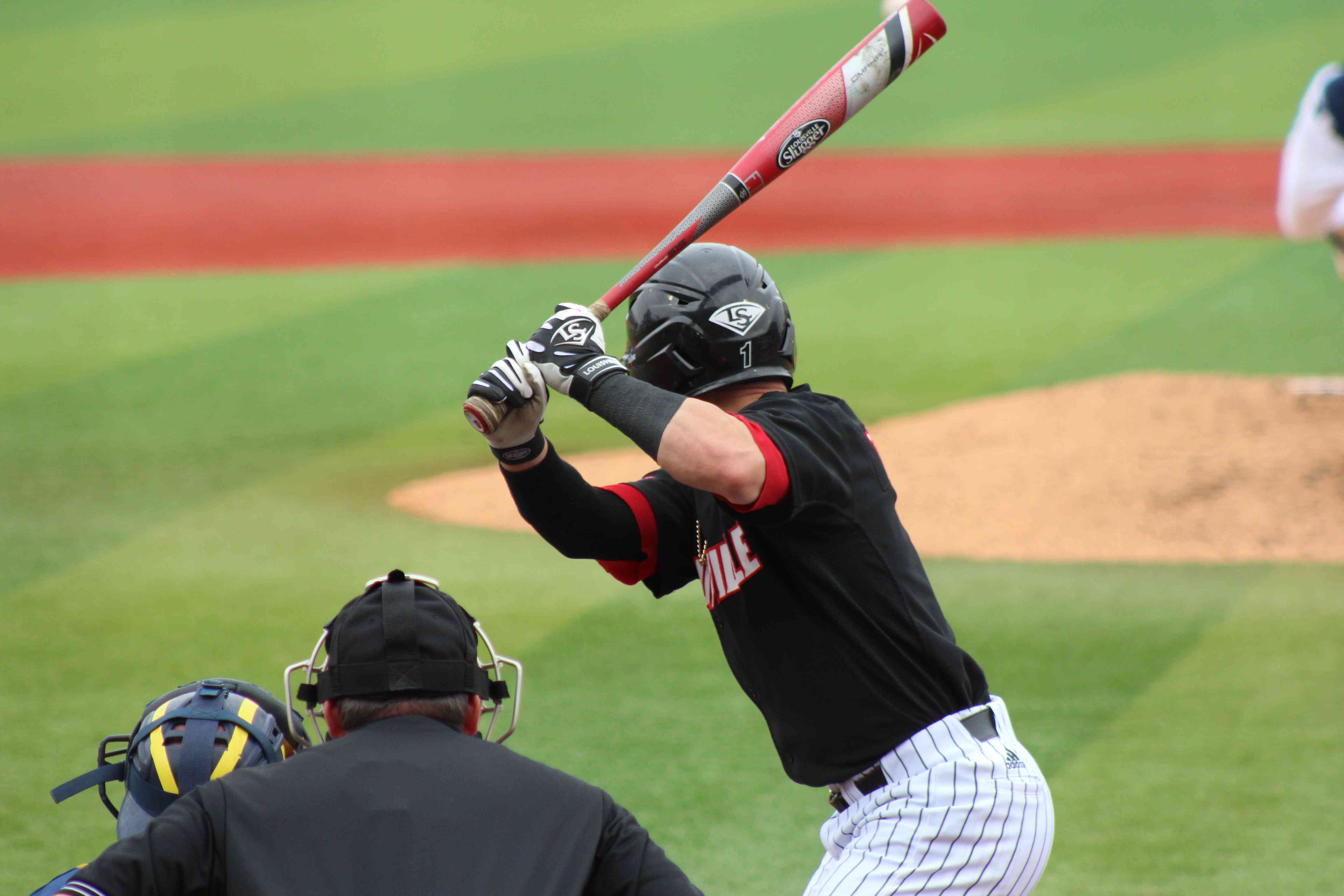 Funkhouser won his second straight start and improved to 5-3 on the season after allowing just four hits and surrendering just two walks in seven dominant innings as the Cardinals (35-9) won their fifth straight game and improved to 28-1 at home. The Oak Forest, Illinois native added to his school record career win total with his 31st collegiate victory while increasing his career strikeouts tally to 345. The Red Storm (21-19-1) never managed to advance a runner past second against Funkhouser, who registered 96 mph on the Patterson Stadium scoreboard with his final pitch of the game in the seventh inning.

Smith paced the way for the offense finishing 3-for-3 with two stolen bases while also matching a career high with his three runs scored. On the season, the Louisville native is hitting .379 with 28 runs scored in 30 starts. Sophomore shortstop Devin Hairston chipped in with a single and two RBI, while junior outfielder Corey Ray added a single, stole his 35th base of the season and scored once.

The Cardinals opened the scoring Saturday with a pair of runs in the first inning against St. John’s lefty Kevin Magee. Ray led off with a single to center, moved to second on a single by Smith, stole third and scored on a RBI groundball off the bat of junior second baseman Nick Solak. Later in the inning, Smith scored from third on a balk by Magee.

Louisville extended the lead to 3-0 in the third inning on a RBI groundout from Hairston to score Smith. The inning started with a single by Smith, who moved to second on a single by Solak and stole third before scoring his second run of the game. The margin increased to the final 4-0 margin in the fifth inning on a two-out RBI single from Hairston to plate Smith, who was hit by a pitch and took second on a wild pitch to move into scoring position.

Magee allowed three earned runs and four total runs on five hits in five innings and was charged with the loss to fall to 1-3 this season.

Up next, No. 6 Louisville will conclude its five-game homestand at Jim Patterson Stadium with a midweek visit from Cincinnati on Tuesday at 6 p.m., ET and admission is free.