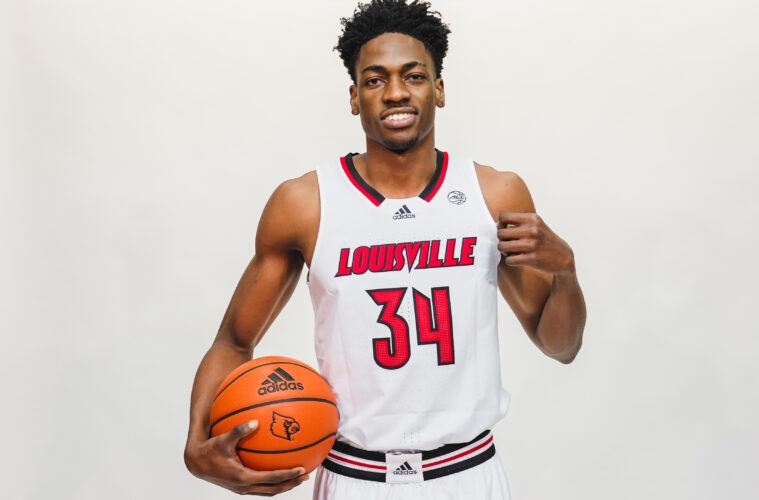 Louisville men’s basketball announced Thursday the addition of forward/center Emmanuel Okorafor to the roster for the current 2022-23 season.

Okorafor (oh-CORE-uh-FOR), a 6-foot-9 prospect from Lagos, Nigeria, will join the team this week and be eligible to compete immediately as a freshman.

“We’re fortunate to have one of the premier players coming out of NBA Africa be a part of what we’re doing here at the University of Louisville,” UofL head coach Kenny Payne said. “Emmanuel is one of the bright stars coming out of NBA Africa. He’s versatile, strong, a great rebounder and excellent running the floor. We’re blessed to have him. The global impact of what NBA Africa is doing – to go out and target the young, bright stars of the continent of Africa and bring them into their facility – is vital not only to the continent, but to the world. It’s great for our program to be connected to the work they’re doing.”

Okorafor joined NBA Academy Africa in May 2021 and enrolled full-time in March 2022. NBA Academy Africa – one of four NBA academies around the world – is an elite basketball training center in Saly, Senegal, for the top high-school age prospects from across Africa.

The program emphasizes health and wellness, character development and life skills, and gives athletes the opportunity to learn the game from coaches with professional, collegiate and international coaching experience. As part of the program, athletes compete against top competition throughout the year and have the opportunity to be selected for travel teams that play in international tournaments and exhibition games.

Last year, Okorafor was one of 12 NBA Academy prospects chosen to participate in the Basketball Africa League’s Elevate program. The BAL, a professional league launched by FIBA and the NBA, aims to provide an opportunity for the next generation of African prospects to showcase their talent on a global stage. It’s considered the highest level of competitive basketball in Africa, and BAL Elevate players do not share in prize money awarded to the top BAL teams at the end of the season to preserve their amateur status.

Making the most of his opportunity in the BAL, Okorafor averaged a double-double for BC Espoir Fukash out of the Democratic Republic of the Congo. His statistics were the highest of any BAL Elevate program player in the league.

Other showcases Okorafor has been a part of with NBA Academy Africa include the National Prep School Invitational in Providence, R.I., in February 2022, as well as the Tarkanian Classic in Las Vegas in December, followed by an exhibition game at the G League Winter Showcase.

In July 2022, Okorafor participated in the in the 2022 NBA Academy Games, a series of exhibition games featuring top prospects from outside the U.S., including from the league’s four academies located in Australia, India, Mexico and Senegal, competing against each other and elite select teams in front of NCAA coaches and NBA scouts. He helped lead NBA Academy Africa to a first-place finish in the tournament.

Okorafor’s first official game on the roster with the Cardinals will come next week when Louisville travels to Boston College at 9 p.m. ET Wednesday.