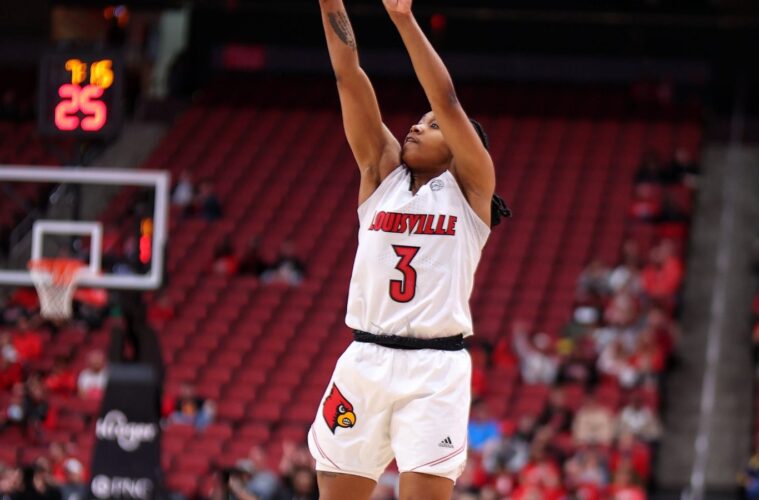 Louisville Gets The Win Over Boston College, 73-65

Louisville hosted Boston College in the Yum! Center this evening and secured a 73-65 win and move to 15-6 on the season and 6-2 in the ACC.

This was a physical and chippy game from the start. Both teams played close in many aspects of this game, rebounds were even at 29 per team and Louisville was shooting 50% to Boston College’s 45%. But I believe it was the Louisville defense that really won this game. Don’t get me wrong, there were some clutch offensive plays, and the Cards did have 26 points in the paint tonight, but Louisville was showing some very good defensive effort. The Cards racked up 15 steals and turned defense into offense when they scored 28 points off 23 Boston College turnovers.

Chrislyn Carr was responsible for 4 of the 15 steals on the Louisville side tonight and she finished her night with 18 points, 6 assists, and 3 rebounds. Hailey Van Lith had another productive night with 24 points and 6 rebounds. She was perfect from the free throw line in the second half and went 8-10 from the charity stripe for the game.

Next up the Cards will have their biggest ACC game thus far when NC State comes to town on Sunday. They’ll tip-off in the Yum! Center at 1p.m. and it is sure to be a battle, like always. Tune into 93.9 The Ville after the game for the YMCA Louisville Women’s Post Game Show with myself and Dave Scull!