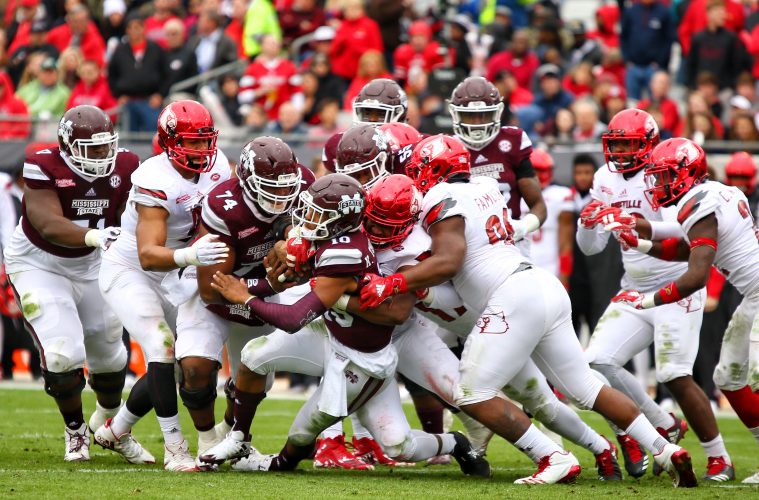 T.J. Holl, who recorded over 200 career tackles at Colgate, has signed a financial aid agreement at the University of Louisville to play his final season with the Cardinals.

“We are excited to add linebacker T.J. Holl, the Patriot League’s Defensive Player of the Year, to our team for the upcoming season,” UofL head coach Scott Satterfield said. “T.J. is a high-character person, and a winner on the football field. He was a first team All-American and finished second in the league in tackles last season as a junior. He’s a fierce competitor and he’ll be an excellent addition to our linebacker unit.”

Appearing in 38 career games at linebacker, Holl finished his Colgate career with 202 total tackles and 25 tackles for loss. Holl joins the Cardinals after a productive junior season with the Raiders, who lost to North Dakota State in NCAA Division I Football Championship Quarterfinals.

A native of Cranberry Township, Pennsylvania, Holl was named a first team All-American by the American Football Coaches Association and the 2018 Patriot League’s Defensive Player of the Year. The 6-foot-1, 230-pounder, finished 15th nationally and second in the league with an average of 10.1 tackles per game.

Individually, Holl, who led the Raiders with 121 tackles, recorded six double-digit tackle games, equaling a career high with 18 stops versus Cornell and Army, and ending the year with 16 tackles in the playoff loss to North Dakota State. He also tied for the team lead with 17.0 tackles for loss.

Holl was a critical piece of a Colgate defense, which led the nation in scoring defense at 9.3 points per game and topped the country in total defense after allowing 237.7 yards per game.

The Raiders finished 10-2 and won their third Patriot League championship in the last four years and 10th overall with a perfect 6-0 league mark. Colgate’s 10-win season was just the fourth in program history, and the Raiders got there by putting together an amazing run of near-perfection over their first nine games.

As a junior, Holl was the NCAA tackle leader through four games but a major injury forced him to miss the remainder of the season. Despite missing the final seven games of the season, Holl finished fourth on team with 52 tackles, including 28 solo stops.

He was a key piece to a Colgate defense that held opponents to an average of 17.5 points per game, which at the time was the lowest program average since 1981. That season, he opened the year with 16 tackles in 20-17 win over No. 23 Cal Poly to earn national and Patriot League recognition. He added a career-high 18 tackles, including 11 solo, at FBS Buffalo.

Holl graduated from Colgate with a degree in education studies and will be eligible to play for the Cardinals in 2019.