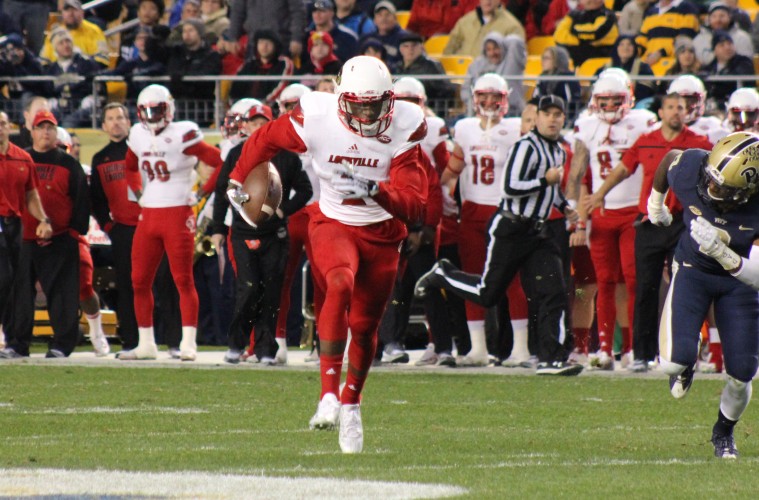 University of Louisville wide receiver Jamari Staples was named the ACC Receiver of the Week after his performance this past weekend at Pitt, the league announced Monday.

Staples caught nine passes for a career-high 194 yards and a touchdown, including a 49-yard touchdown pass and a career-long 57-yard reception in Louisville’s 45-34 loss to the Panthers. The194 yards receiving were tied for the sixth-highest single-game total in school history, and the most since Deion Branch totaled 194 yards versus Cincinnati in 2000.

The product of Lineville, Ala., leads the Cardinals in receiving with 35 receptions for 599 yards and three touchdowns, despite missing the first four games of the season.

Louisville will close out the regular season this weekend, traveling to face intra-state rival Saturday at noon on the SEC Network.