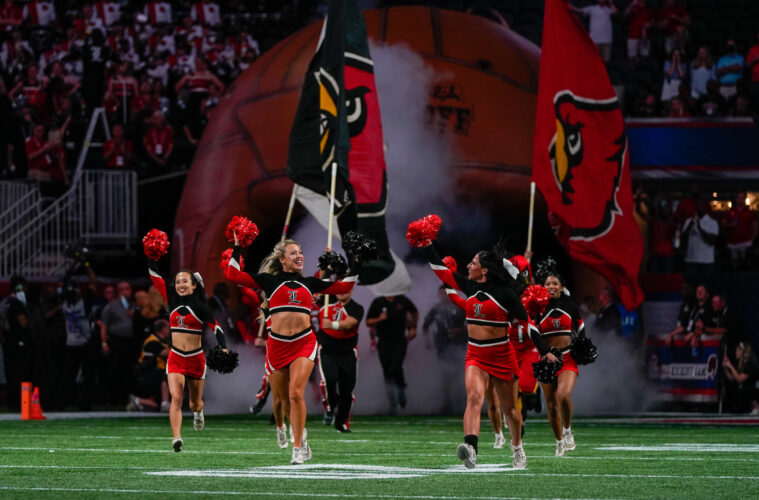 Richard Owens, a four-year letterwinner at the University of Louisville, has been named the offensive line coach for head coach Jeff Brohm at Louisville.

“I’ve had the opportunity to coach Richard as a player and he’s always been an intelligent football mind,” Brohm said. “He’s an excellent teacher and technician. His offensive line units have been tough, physical, and disciplined over the years, all traits I want in our offensive line at Louisville. I’m excited to have Richard leading our offensive line.”

The Eagles had one of the most improved units in the nation. The group allowed just seven sacks, the second-lowest total in the FBS, and helped the Eagles finish the year with over 4,200 passing yards and 28 touchdowns to go along with nearly 1,800 yards and 23 touchdowns on the ground.

Before serving one season at Georgia Southern,  Owens served three successful seasons as the offensive line coach at UAB (2019-2021). It was his second stint with the Blazers after having coached at UAB from 2012-14.

Behind an experienced offensive line in 2021, the Eagles averaged 386 yards per game (180 rushing, 206 passing) with 43 offensive touchdowns (27 rushing, 20 passing), capping a nine-win season by putting up over 400 yards of offense in an Independence Bowl win over No. 13 BYU. Led by first-team all-conference selection Colby Ragland, running back DeWayne McBride rushed for 1,371 yards and 13 touchdowns and protected for 2,200-yard passer Dylan Hopkins.

Owens helped the Blazers win their third straight C-USA West Division title in 2020 and its second C-USA Championship over a three-year span. The Blazers’ offensive line had tremendous success led by first-team All-Conference USA selections Sidney Wells and Ragland. The Blazer offensive line assisted the ground game in rushing for 200.0 yards per game and gave up the nation’s fourth-fewest sacks (4).

Under Owens’ tutelage, the line also helped Spencer Brown re-write the record books by graduating as UAB’s career leading rusher (4,011 yards). Brown had his best season behind UAB’s offensive line, running for a career-best 111.1 yards per game as a senior.

In Owens’ first year as the offensive line coach, the Blazers finished 9-5 overall and won the C-USA West Division title. Owens guided two players in Wells and Ragland to honorable mention All-Conference USA honors. Wells started all 14 games, while Ragland started all 13 games he played in as these two anchored the line the entire season.

Owens began his coaching career in 2010 at Arkansas and was with the Razorbacks as a graduate assistant working with tight ends for two seasons.

Owens then joined the Blazers in 2012 as the tight ends coach, and in 2013 was named the offensive coordinator and wide receivers coach. In 2014, Bill Clark’s first year at UAB, Owens coached the tight ends.

Owens was a three-starter for the Cardinals from 2000-03, compiling 36 receptions for 371 yards and seven scores. He caught a career best 20 passes for 182 yards and two touchdowns in 2002 and closed his career with 12 receptions for 121 yards and three scores as a senior.

After completing his collegiate career, Owens signed as a free agent with the Minnesota Vikings.

He appeared in 53 games between 2004-09 with seven starts, recording17 receptions for 141 yards and one touchdown.  Owens was with the Vikings from 2004-07 — serving as special teams captain during the 2005 campaign — before signing with St. Louis; after two years with the Rams, he signed with the New York Jets in July of 2009.

Owens — who earned his degree in sports administration from Louisville in 2004 — is married to the former Tina Ryan.  The couple has one daughter, Rylan.