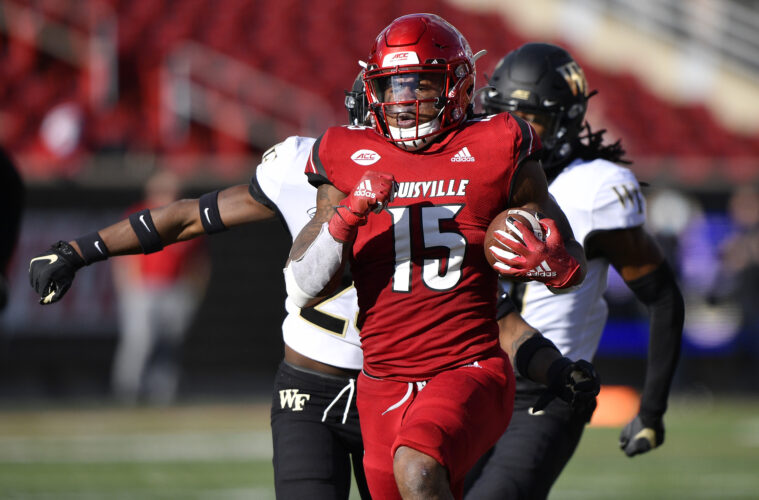 Jalen Mitchell Named the ACC Rookie of the Week

University of Louisville redshirt freshman running back Jalen Mitchell was named the Atlantic Coast Conference Rookie of the Week, the league announced on Monday.

Mitchell had a career day, carrying 20 times for 168 yards in the 45-21 win over Wake Forest on Saturday, the eighth-most ever by a Louisville freshman. He averaged a solid 8.4 yards per carry as the Cardinals totaled 254 yards on the ground and four touchdowns in the win over the Demon Deacons.

Mitchell finished his first season third on the team in rushing with 347 yards and three touchdowns.