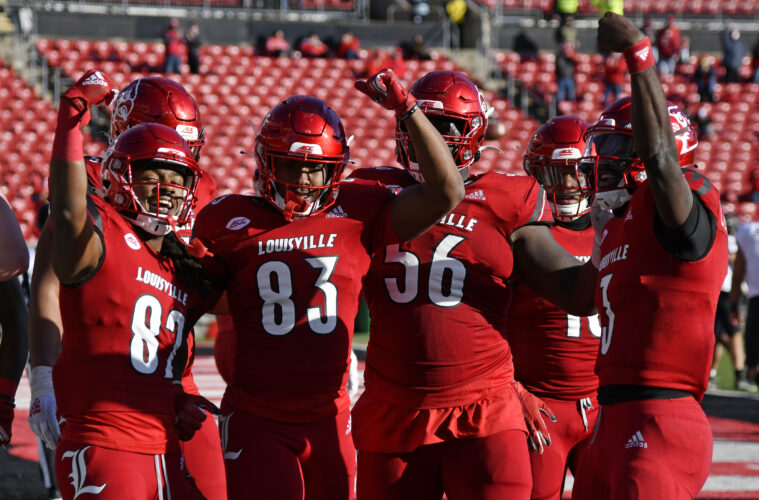 University of Louisville head football coach Scott Satterfield announced the signing of 21 players to the 2021 signing class, with 10 student-athletes enrolling in January.

In total, nine states are represented, with Georgia leading the way with six signees and Florida with four.

The class is headlined by a four-star prospect in safety Benjamin Perry, who hails from Country Hills, Ill. The 6-foot-2, 170-pounder guided Mount Carmel to the CCL championship. His team finished 14-0 and was crowned Illinois state champions. Earning second team all-conference accolades, Perry finished with 75 tackles, 4.0 tackles for loss and 1.0 sack last season.

Running back Trevion Cooley from Knightdale, N.C., and defensive end Victoine Brown are two of the next highly-rated players in the signing class. Cooley, whose senior season was moved to the spring, rushed 98 times for 959 yards and 14 touchdowns in seven games as a junior. He’s one of the 10 student-athletes who will enroll in January. Brown is a fierce pass rusher from Loganville, Ga., who recorded 7.5 sacks last season.

Satterfield addressed a need on the defensive line by signing four others at that position. Defensive tackle Caleb Banks from Southfield, Mich., while the Cards inked three defensive ends in Ryheem Craig from Taylorsville, N.C., Ashton Gillotte from Boca Raton, Fla., and R.J. Sorensen from Boyton Beach, Fla.

The Cardinals added a pair of explosive wide receivers in Demetrius Cannon and Ahmari Huggins-Bruce. Cannon, a native of St. Louis, Mo., recorded25 catches for 480 yards and four touchdowns during his career. A native of Dillon, S.C., Huggins-Bruce concluded his career with 102 receptions for 1,927 yards and 23 touchdowns.

Michael Gonzalez and Aaron Gunn are two highly sought after linemen. Gonzalez, a native of North Carolina, was considered the top linemen in the Charlotte Metro Area, while Gunn earned the Bill Fralic Award, which is given to the best lineman in the WPIAL.

T.J. Lewis was the lone quarterback addition to the class. A dual-threat athlete, Lewis was named Class 6-A, Region 2 Player of the Year in Georgia after his stellar senior season. He finished the year with 1,850 yards of total offense and accounted for 21 touchdowns.

The offense added a pair of tight ends in Christian Pederson and Victor Mullen. A product of Burlingame, Calif., Pederson had his senior season canceled due to COVID-19, but garnered a lot of attention during the recruiting process. Mullen also had his senior season cut, but averaged 22.0 yards per catch and registered four touchdowns during his junior season.

Jaylin Alderman from Valdosta, Ga., and Jackson Hamilton from Woodstock, Ga., are a pair of linebacker signings that will help bolster the defense in 2021.  Alderman was named the team’s Most Valuable Defensive Player, and Hamilton was a three-time state champion at Trinity Catholic.