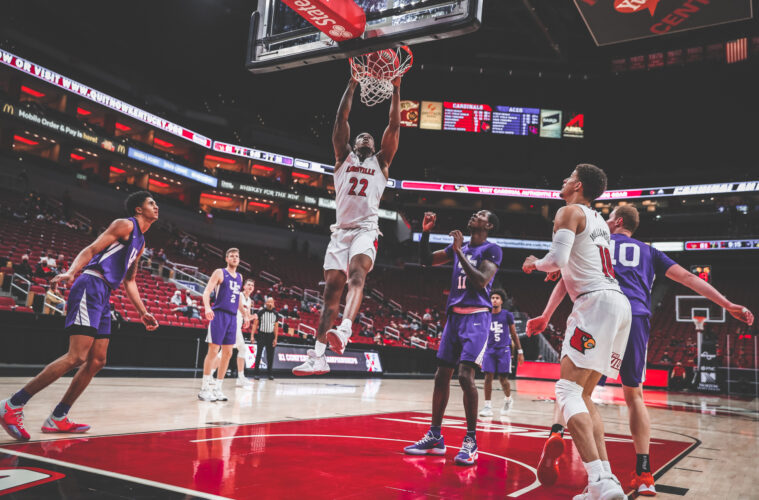 Louisville Men’s Basketball Will Play at Wisconsin on Saturday

The University of Louisville men’s basketball team will play at No. 12 Wisconsin in the ACC/Big Ten Challenge on Saturday, Dec. 19 at noon ET in a game televised by ESPN2.

The game was originally scheduled for Dec. 9, but it was postponed when the UofL program was paused indefinitely due to COVID-19 issues.  The Cardinals’ home game on Dec. 4 against UNC Greensboro was cancelled and their Dec. 16 game against NC State has been postponed.

Louisville had its first team practice in nine days on Saturday after pausing all team activities on Dec. 3.  The team has been following the outlined protocols within the ACC Medical Advisory Group report.

Louisville, ranked 22nd by USA Today and No. 23 by the Associated Press in the Dec. 14 polls, has won its first four games of the season.  The 18 days between Louisville’s last game on Dec. 1 against Western Kentucky and its next on Dec. 19 at Wisconsin will be its longest in-season stretch without a game in 65 years. It is the longest break of its length since the Cardinals had 19 days between playing its last regular season game on Feb. 29, 1956 and next on March 19 in the first game of the NIT on their run to the 1956 NIT Championship.