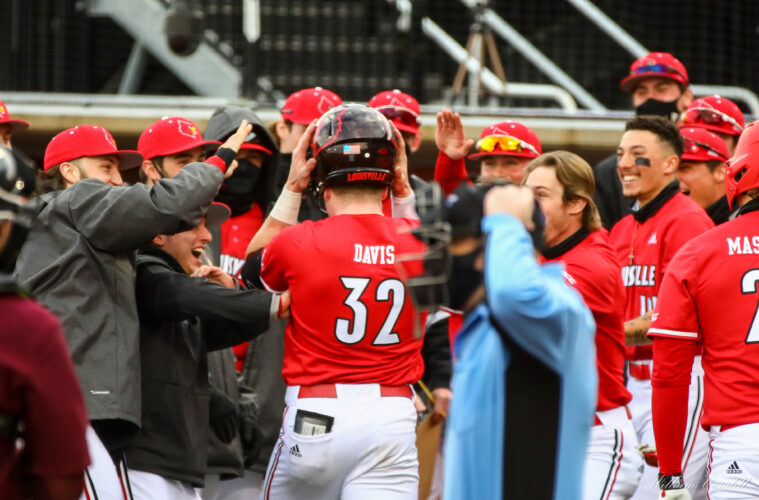 Henry Davis Selected No. 1 Overall By The Pirates In 2021 MLB Draft

The 2021 MLB draft started off with a bang this year as the Pittsburgh Pirates selected Louisville catcher Henry Davis with the No. 1 overall pick. He is now the highest draft pick in Louisville Baseball history.

In his three seasons as a Cardinal, he recorded 21 homeruns, 84 RBI, and just 3 errors. He also got the start in 97 of his 109 games played. Davis was a unanimous All-American, meaning he was selected by Perfect Game, the ABCA, Baseball America, Collegiate Baseball Newspaper, NCBWA, and D1Baseball. On top of that, he was a finalist for the Buster Posey Award and a semifinalist for both the Dick Howser Trophy and the Golden Spikes Award.

The slot value for being the No. 1 overall pick comes in at $8,415,300. As Louisville fans, we all know Pittsburgh is getting their moneys worth with Davis.

University of Louisville catcher Henry Davis was selected with the first overall pick by the Pittsburgh Pirates in the 2021 Major League Baseball First-Year Player Draft on Sunday night.

Davis is the first Louisville baseball player to be selected first overall and the fourth student-athlete taken No. 1 overall from the University of Louisville regardless of sport. Davis joins Pervis Ellison (NBA, 1989), Angel McCoughtry (WNBA, 2009) and Andrew Farrell (MLS, 2013) as No. 1 picks from UofL.

The Bedford, N.Y. native is the ninth Cardinal taken in the first round of the MLB Draft and the seventh in the last six years. Davis is also the 88th student-athlete drafted during Dan McDonnell’s 15-year tenure at Louisville.

He is the fifth all-time top selection from the ACC and first since Pat Burrell was taken with the top pick out of Miami in 1998.

Davis capped off an outstanding three-year career at Louisville with a stellar 2021 campaign. The catcher was a unanimous All-American this spring after hitting a team-best .370 with 15 home runs and 48 RBIs, while throwing out better than 46 percent of base stealers. Davis was a Buster Posey Award finalist, as well as a semifinalist for the Golden Spikes Award and Dick Howser Trophy.

In three seasons at Louisville, Davis held a .337 batting average with 21 home runs and 84 driven in.

Sunday night features the First Round of the draft along with Competitive Balance Round A. Rounds 2-10 will take place on Monday with the final rounds set for Tuesday.