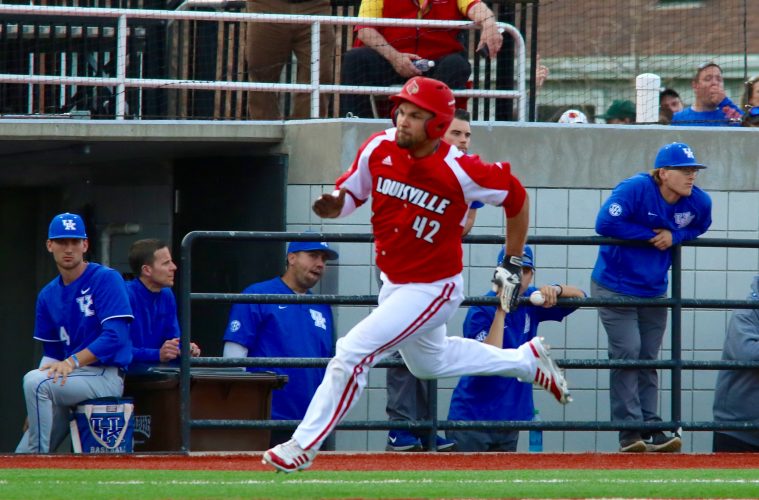 The No. 2 Louisville baseball team continues its five-game homestand while facing its third straight ranked foe as No. 17 Wake Forest visits Jim Patterson Stadium for a weekend series. The three-game set begins Friday with the annual Patriotic Game at 6 p.m., ET and will continue on Saturday at 1 p.m., and Sunday at 1 p.m. The series will be televised on ACC Network Extra, while radio coverage will be provided by 93.9 The Ville.

ABOUT THE PATRIOTIC GAME
The annual Patriotic Game at Jim Patterson Stadium is one of the most popular events each year for Louisville fans and is a way for the Cardinals baseball program to salute all of the men and women who serve to protect the freedom of our great nation. For this year’s Patriotic Game, members of a local color guard will present the colors for the pregame national anthem, while the ceremonial first pitch will be delivered by representative of the military. Once again this season, the Louisville players and coaches will wear red, white and blue themed uniforms for the annual Patriotic Game. Admission is free for all three games of the top 20 series.

ABOUT THE WAKE FOREST DEMON DEACONS
Wake Forest is 22-8 after a midweek win over Elon on Tuesday and 8-4 in the ACC after winning two of three at Miami last week. The Demon Deacons are second in the nation in home runs, second in slugging and 18th in batting average. Last season, Wake Forest was 35-27 and sixth in the ACC Atlantic with a 13-17 record. The Demon Deacons advanced to the NCAA Championship and were 1-2 in the College Station Regional.

SERIES HISTORY
Louisville is 7-0 all-time against Wake Forest, including 4-0 last season with a three-game sweep in Winston-Salem on the final weekend of the regular season and a victory in the ACC Championship. The Cardinals swept the Demon Deacons in the only previous series at Jim Patterson Stadium in 2015.