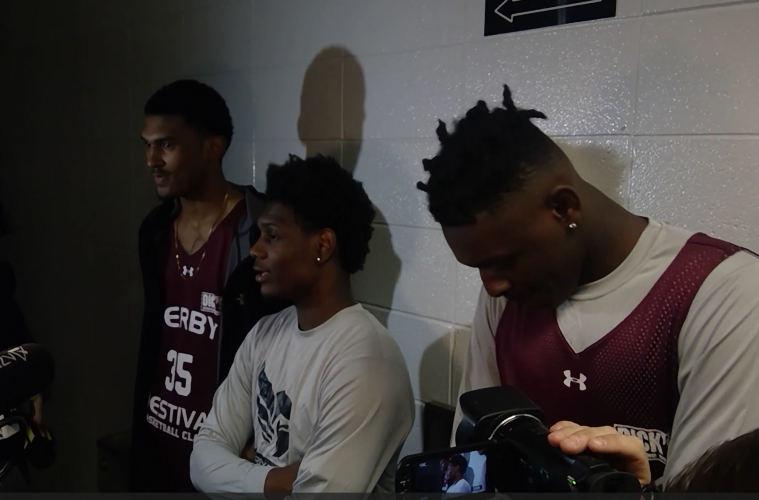 Louisville, KY. – Basketball fans around the world will be able to tune-in to see next year’s freshman class of basketball all-stars when FS2 and WDRB televise the Derby Festival Basketball Classic Presented by Papa John’s on Saturday, April 15 at Freedom Hall. This year’s roster features top rated recruits from the nation’s top college basketball programs, including University of Louisville signees Malik Williams, Darius Perry, Lance Thomas and Jordan Nwora; UK signee Shai Gilgeous-Alexander; and IU signee Justin Smith. WDRB and FS2 will present the game, and it will also be streamed live on FOX Sports GO.

“This game generates an incredible amount of interest year after year because of the opportunity it provides to see the future stars of our local universities in action for the first time,” Said WDRB President and General Manager Bill Lamb. “The addition of the FOX Sports telecast, will allow even more fans to tune-in to see their future basketball stars.”

”We’re excited to showcase some of the nation’s top future basketball stars to a national audience on FS2 and FOX Sports GO,” said Josh Oakley, FOX Sports Executive Director, Acquisitions and League Operations. “The Derby Festival Basketball Classic is a great chance for viewers to get the first look at some of the players who are sure to be making headlines in the next years to come.”

The Basketball Classic game tips off at 7:00 p.m. on Saturday, April 15, at Freedom Hall. First held in 1973, the Derby Festival Basketball Classic is the oldest high school all-star game in the nation. The event is not unlike the NBA All-Star weekend, with spotlights and lively music.

Said Derby Festival President and CEO Mike Berry: “Having a national telecast of the game will allow more fans than ever to get a sneak peek at players who will become household names within the next couple of years. We’re very excited about being able to showcase these stars-in-the-making.”

The Derby Festival Basketball Classic has showcased some of the nation’s finest high school talent before the players move onto to stardom at the collegiate and professional levels. Players such as Jamal Mashburn, Moses Malone, Rex Chapman, Pervis Ellison, Isiah Thomas, Dominique Wilkins, Darrell Griffith, Derek Anderson, Anfernee Hardaway and Michael Beasley, among many others.

Tickets are $18 in advance ($20 at the door) and can be purchased online at http://www.ticketmaster.com and by phone through TicketMaster at (800) 745-3000. Tickets for the game and 2017 Pegasus Pins will allow for free admission to the Horseshoe Foundation Derby Festival Night of the Future Stars, which will be held on Friday, April 14, at Indiana University Southeast.

FOX Sports GO is available on FOXSportsGO.com or on the FOX Sports GO app, which can be downloaded from iTunes, Google Play, Amazon App Store and Windows Store. Streaming is also now available on several connected devices, including Apple TV, Android TV, FireTV, Roku, Chromecast and Xbox One.

Hope to see you there!