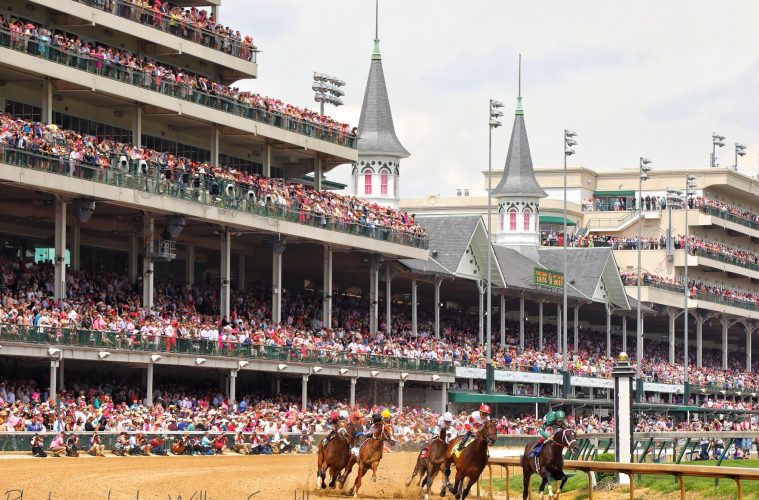 Gray Magician is a Graydar colt trained by Peter Miller will be ridden by Drayden Van Dyke and is owned by Wachtel Stable, Eclipse Thoroughbred Partners & Gary Barber.

Peter Miller is a California-based trainer who scored back-to-back Breeders’ Cup Sprint & Breeders’ Cup Turf Sprints in 2017 and 2018 with Stormy Liberal and Roy H respectively. Miller stables much of his horses at San Luis Ray Downs which was hit by a wildfire in 2017. Unable to evacuate the facility his grooms released 70 of Miller’s horses and 5 tragically died. It took days to find all of them in the aftermath. Miller has won several Grade I races but never a race on the Triple Crown trail.

Drayden Van Dyke is a Louisville native and was raised in Hot Springs, Arkansas. He’s been riding since 2013 and is based primarily in Southern California. Van Dyke finished 4th with longshot Instilled Regard in last year’s Derby and got his 1st Breeders’ Cup win on Stormy Liberal. DVD is a top young jockey and solidified that status when he won the Del Mar Summer meet in 2018.

The ownership group is comprised of a Wachtel Stable is a New York operation, Eclipse Thoroughbred Partners is based in South Carolina and Gary Barber is the owner of War of Will.

Gray Magician ran 2nd in the UAE Derby to Plus Que Parfait. He also finished 3 lengths back for 4th in the Sham. I really love the Petter Miller/Drayden Van Dyke connection and typically that’s a strong combo to get. But Gray Magician has only won his maiden and I’m not loving the speed figures (86,95,87,98,96,92,92)

My Take on Gray Magician

The connections are great the results for this particular horse aren’t what you typically see in a Derby winner. I’ll only use if I hit the ALL button in 4th place of the Superfecta.