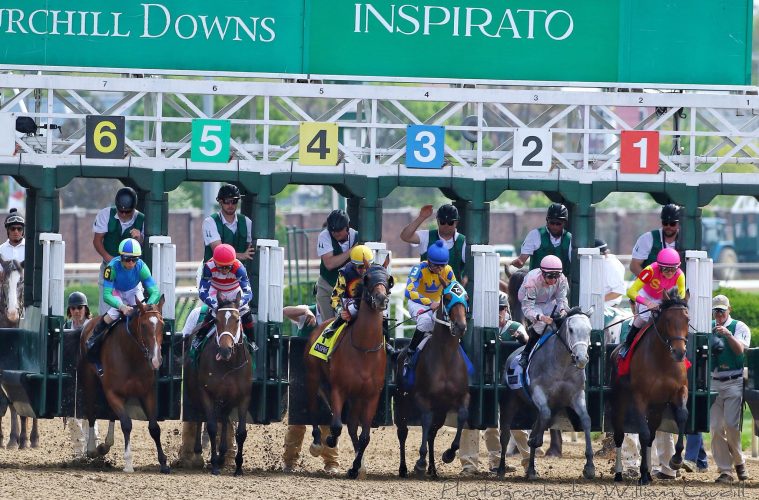 Vekoma is trained by George Weaver, will be ridden by Javier Castellano, and is owned by RA Hill Stable & Gastsas Stables. Weaver is a Louisville native and came up through the ranks with D. Wayne Lukas, John Henning and Todd Pletcher. This will be Weaver’s best chance at a Triple Crown race as trainer, but was involved with Grindstone, Thunder Gultch, Timber Country and Tabasco Cat with Lukas and was in on a number of Derby contenders with Todd Pletcher until he struck out on his own in 2002.

Javier Castellano has won the Eclipse Award 4 times and was inducted into the Racing Hall of Fame in 2017. He’s been on Ghostzapper, Bernardini, Bellamy Road and Cloud Computing…. among a host of other top horses. Javier has won the Preakness twice, the Oaks once and boasts 8 Breeders’ Cup wins…. but the Kentucky Derby eludes him. He’s one of the world’s best riders with over 5000 wins.

RA Hill Stable & Gatsas Stables is a partnership between an established outfit in RA Hill and a relatively new group in Gatsas. Vekoma is the most successful horse that has come out of the partnership thus far and perhaps even surpasses RA Hill’s best success thus far of Devil’s Preacher in 2006.

Between the ownership group, Weaver and Castellano we have a interesting mix of experience, excitement, fresh thinking and enthusiasm for horse racing. This isn’t WinStar/Baffert/Mike Smith….. but there is no reason to hold any of that against Vekoma.

Vekoma is Candy Ride Colt who went to the Bluegrass Stakes at Keeneland because Weaver outwardly proclaimed that the Bluegrass would be the easiest of the remaining Derby preps to win. A good trainer will put his horse in the best position to win, so rather than following up a 3rd place finish in the Fountain of Youth with a Florida Derby, Weaver switched riders from Manny Franco to Javier Castellano and shipped to Lexington. And won.

With only 4 races under his belt Vekoma has never run in a Grade I race but did break his maiden on his 1st try at Belmont against a solid group of maidens. From there Vekoma was able to overcome a bobbled start against a small (but strong) field at Aqueduct in the Grade III Nashua. After a 3 month lay off Vekoma made his 3-year old debut at Gulfstream and finished 2 3/4 behind Code of Honor and 2 behind Bourbon War in the Fountain of Youth. As stated above Weaver made the decision to put Vekoma in an easier position in Lexington and scored the Grade II Bluegrass and as a result is 3rd in the Kentucky Derby points standings.

I like Vekoma’s will. The Fountain of Youth he found himself a significant ways behind but was able to rally and get within 3 for Show.

I am not a fan of Vekoma’s awkward gait and his inconsistent speed figures (Equibase) in just 4 starts (89, 110, 107, 97). Had these been in a different order we could see a horse consistently on the improve, but instead we see a horse that is capable of a great deal, but may or may not have it on a given day.

I do like Vekoma’s ability to win in larger fields like in the Bluegrass and the Fountain of Youth. He also was able to get in front of a number of serious contenders in both races like WinWinWin, Signalman, Hidden Scroll & SomelikeithotBrown. Also it’s great to see a horse have success on a 4 different tracks in just 4 races. It shows Vekoma’s versatility.

My Take on Vekoma

There is a lot to like here and there is a lot to take jabs at too. Vekoma’s strange running style, particularly down the stretch makes me nervous. But I take a great deal of confidence with Javier Castellano and really like their chances in their second time out together. 3 wins on 4 tracks and all 4 times Vekoma has hit the board is also a strong factor.

In the end I do think that taking the easy road in Lexington may have been the right move and may have even made things easier for Maximum Security in the Florida Derby, but it does send a signal about this horses chances against the top competition in this field. Vekoma CAN win the Kentucky Derby, he won’t be in my Top 4… but this is a year where I believe we can categorize about a dozen horses that CAN win. But eventually we have to take a stand and pick a strong group and I’ll reluctantly do that here.