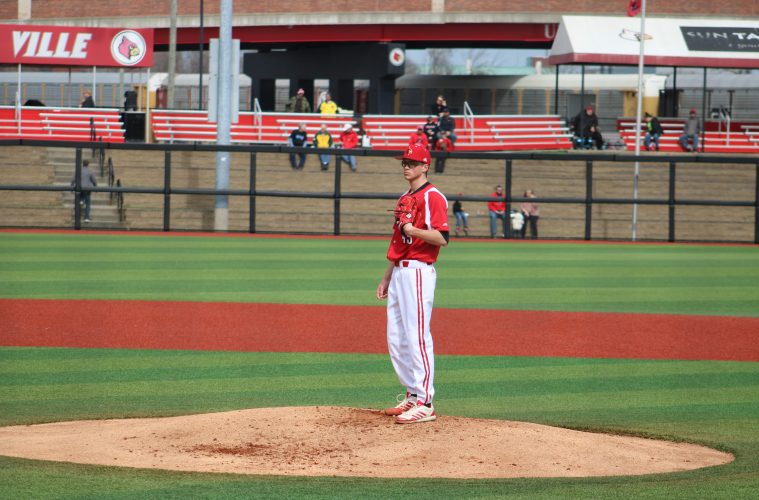 Louisville Baseball hosted Western Michigan this weekend and continued their win streak. The Cards are now 8-3 on the season and have won seven straight games. They began the series with a 4-2 victory on Friday where Reid Detmers struck out 10 batters through 5 innings pitched. Evan Webster would get his first victory of the season striking out 2 batters through 3 innings pitched and giving up 0 runs. Western Michigan got on the board first but a sac fly from Drew Benefield would tie the game for the Cards. A sac fly from Lavey would put the team ahead in the fourth inning but the back and forth wouldn’t stop there. Western Michigan plated another run in the fifth but another sac fly from Lavey put Louisville back in the lead during the sixth. The Cardinals would secure their first win of the weekend with an RBI single from Levi Usher in the eighth.

Saturday would give the Cardinal Nine their sixth consecutive win with the victory going to Bobby Miller. Through 6.2 innings Bobby would give up just one unearned run and strike out eight batters. Tate Kuehner faced four batters and struck out three of them while Ryan Hawks had a perfect ninth inning. Louisville would get on the board first during the third inning with a ground ball off the bat of Danny Oriente. The Cards would go on to score a total of six runs in the third inning. Oriente would aid in getting three more runs on the board in the fourth inning giving Louisville the 9-1 victory.

Sunday we saw the offense bust wide open in a 16-0 victory that would secure the sweep for the Cardinal Nine and see the return of Lucas Dunn. Luke Smith would get the win on Sunday and did it with only 79 pitches! It didn’t take Louisville long to get on the board when Ben Bianco knocked one out through left-centerfield for a grand slam. We also saw home runs from Ben Metzinger and Tim Borden II. The Cards would rack up a total of 16 RBI throughout game three, with 5 of those belonging to Ben Bianco and 4 claimed by Ben Metzinger. Kerry Wright would face three batters and strikeout one of them for a quick eighth inning before Kellan Tulio would come in and close it out for the Cards in the ninth.

Louisville will play its 9th home game in a row this Tuesday as they host Morehead State at 3pm before they head out on the road to face Wake Forest for a three game series over the weekend.