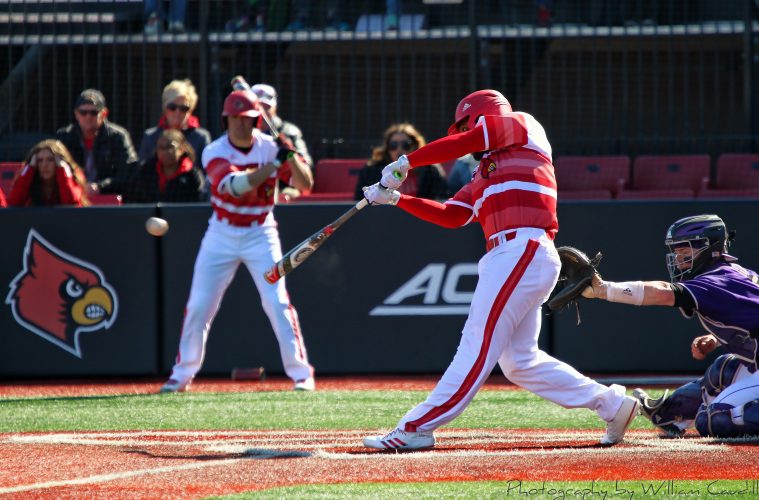 The Cardinals are out of the gates with their third best start to a season in head coach Dan McDonnell’s 12 years at the helm behind only the 19-straight wins to open the 2017 season and the 13 consecutive victories to begin the 2010 campaign. Louisville is among just six remaining unbeaten teams in the nation in 2018.

Freshman Reid Detmers came out of the bullpen to register his first collegiate victory as the lefthander matched a season-high with seven strikeouts without surrendering a hit in 3.0 scoreless innings of relief. Junior righty Sam Bordner continued his dominant start to the season twirling a perfect ninth inning to earn his fourth save of 2018. In five appearances this season, Bordner has a 1-0 record and eight strikeouts without allowing a run in 5.0 innings of work. Dating back to last season, the All-American has a scoreless streak of 18.0 innings overall.

Sophomore Danny Oriente provided the game-winning RBI single in the sixth inning for the Cardinals, while junior Devin Mann tripled, drove in a run and scored once. Junior Josh Stowers added one RBI and scored a run in the win.

The Cardinals opened the scoring with an unearned run in the first inning. After reaching base on an error by the Catamounts, Stowers moved to second on a walk to sophomore Jake Snider and advanced to third with his sixth stolen base before scoring on a RBI sacrifice fly off the bat of Mann.

The Catamounts (1-10) evened the score with an unearned run in the top of the third after Luke Robinson followed a throwing error by the Cardinals with a RBI single to right field. Louisville moved back ahead in the bottom of the inning after sophomore Tyler Fitzgerald walked, moved to second and then third on a pair of balks by Taylor Purus and scored on a RBI groundout by Stowers.

Western Carolina plated a run in the fourth to pull even for the second time on Sunday after Justice Bigbie drove in Spencer Holcomb with a two-out RBI single through the left side.

Louisville then regained the lead for good in the sixth on Oriente’s RBI single to center to score Mann, who tripled to left center to start the inning. Mann leads the way for the Cardinals offensively through 11 games as the second baseman has a .368 batting average, two home runs, 16 RBIs, 10 walks and 13 runs scored.

Up next, the No. 10 Cardinals will host in-state foe Morehead State on Tuesday at 3 p.m., ET at Jim Patterson Stadium.