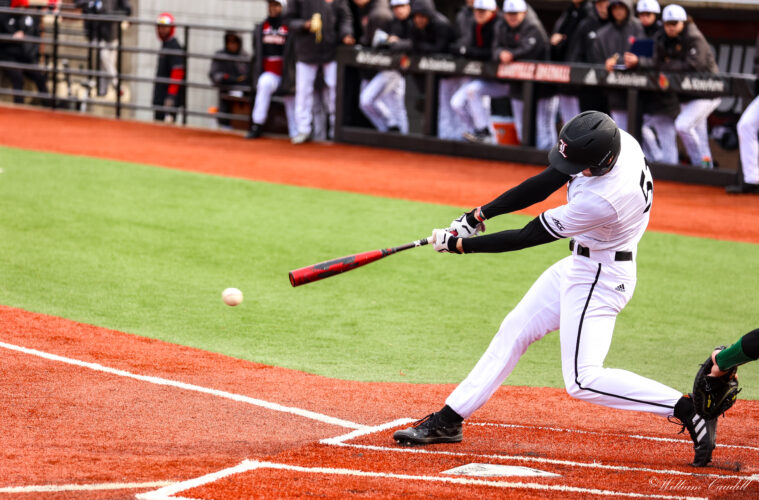 Ben Metzinger’s three-run walk-off home run in the ninth inning lifted the University of Louisville baseball team to a 7-5 victory over Morehead State on Tuesday night at Jim Patterson Stadium.

Louisville (5-3) trailed 5-4 entering the bottom of the ninth inning before putting together the late rally. Jack Payton led off the inning with a pinch-hit single to put the tying run on base, but a pair of strikeouts left the Cardinals down to their final out.

Christian Knapczyk worked a two-out walk to bring up Metzinger, who turned on a 1-1 breaking ball and sent the pitch onto the left field berm to give the Cardinals the victory.

The walk-off home run was the first for the Cards since Nick Solak hit a game-winner to beat Notre Dame on March 11, 2016.

Kaleb Corbett (2-0) picked up the victory after pitching a scoreless top half of the inning. Cameron Robinson and Garrett Schmeltz also turned in scoreless relief outings. Seamus Barrett worked four innings without allowing a run before giving up three in his fifth inning of work.

The Cardinals jumped out in front with three runs in the first. Dalton Rushing started the scoring with a double into the right field corner and came around to score on a double from Cameron Masterman. Isaac Humphrey then followed with a ringing single back up the middle to make it a 3-0 game.

UofL tacked on another run in the second on a wild pitch that scored Noah Smith, but the offense went quiet from there.

Morehead State (3-6) clawed back within one after a three-run homer in the fifth and then moved in front with a pair of runs in the sixth.

Louisville had opportunities to tie the game in the sixth and seventh, but strong defensive plays thwarted both chances. A diving catch in right field stranded two runners in the sixth and a diving stab on a line drive in the seventh doubled off the potential tying run.

The Cardinals now head into a three-game series against Akron this weekend. The series begins on Friday with first pitch scheduled for 3 p.m. ET.