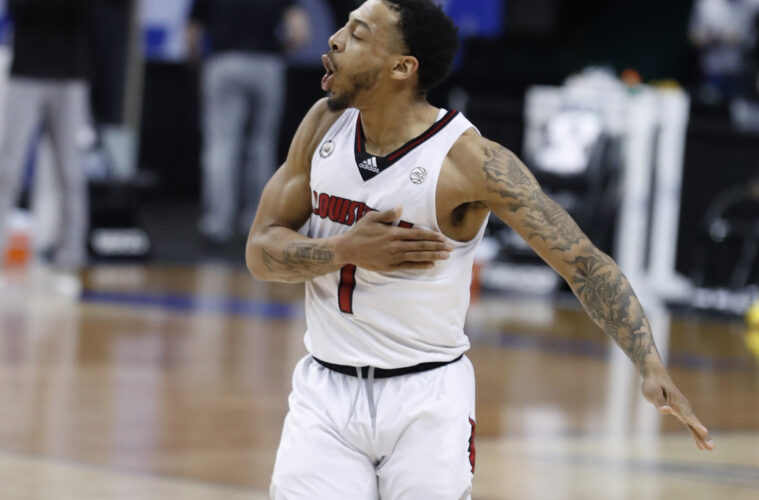 University of Louisville guard Carlik Jones will enter his name for consideration in the 2021 NBA Draft, but will take the necessary measures to preserve their collegiate eligibility and allow a return for the 2021-22 season with the Cardinals.

“First and foremost, I want to thank God for what has been an unbelievable year as a Cardinal,” said Jones. “Throughout all of the ups and downs this season, the one constant was the love shown by the Cardinal Nation. I’m so appreciative of the opportunity to be a part of such an amazing program. Coach Mack has been everything he said he would be during the recruiting process and more. With that being said, it has always been my dream to be in the NBA and play on the biggest stage possible. After talking to my parents and loved ones, I have decided to enter my name into the 2021 NBA draft process and see where this road takes me. While still maintaining my eligibility as a Cardinal, I want to keep all of my options open.  Thank you again, Cardinal Nation, for all of your unyielding support this past year. Cardinal for life! L’s Up.”

“I fully support Carlik’s decision,” said UofL Head Men’s Basketball Coach Chris Mack.  “While we would like to see him return in a Cardinal uniform next season, this is a great opportunity for him to assess where he stands.  He will be evaluated by the NBA and have direct input on where he is viewed so he can make the most informed decision on his future.“

Jones scored his 1,800th career point at North Carolina on Feb. 20 when he led the Cardinals with 13 points and a season-high four steals. Combined with his time at Louisville and Radford, Jones has 101 career double-figure scoring efforts, including 41 of his last 42  games (18 of 19 at UofL). He is the first person in UofL history to reach double figures in his first 17 games at Louisville.

Jones is only the third Cardinal to earn first team all-conference honors in Louisville’s seven years in the ACC, joining Jordan Nwora (2020) and Donovan Mitchell (2017).  Jones received the third-highest votes and finished tied for second in the conference player of the year vote.   He was named ACC Rookie of the Year by the Associated Press.  He was the MVP of the 2020 Wade Houston Tipoff Classic.

Jones helped Louisville achieve a 13-7 record in a pandemic-shortened season as the Cardinals finished seventh in the ACC with one of the least experienced teams in the nation.