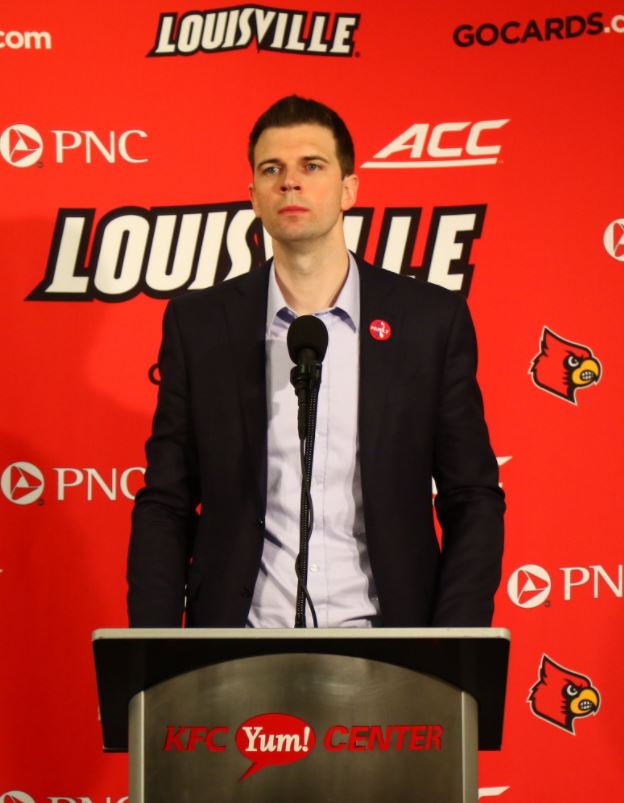 Louisville began there three game home stand on a sour note.  The Cards fell to Florida State 80-76 at the KFC YUM! Center before a crowd of 18,305. Louisville now stands at 16-7 (6-4). It was their second loss in a row and their 1st lost at home since falling to Seton Hall on Dec. 3rd.

VJ King and Deng Adel started hot but cooled late in the game. The Cards continuously shot themselves in the foot with turnovers and missed free throws. Louisville shot 17-26 at the charity stripe for 65%.   They shot 42% for the game.  Adel had 14 points at halftime but ended with 19 for the game. VJ king started hot with 7 quick points but cooled off to finish with only 10.  Quentin Snider tossed in 15 points as well but it was not enough.

The Cards may have bigger problems on top of this loss. Junior Ray Spalding went down with an apparent ankle injury in the 2nd half and did not return, there was no update after the game. FSU was led in scoring by Phil Cofer who finished with 16 points. The Seminoles would only take three 3 pointers in the second half, doing most of their damage in the paint.

It’s a tough loss but the Cards have to regroup fast. Syracuse comes to town on Monday night and they bring their 2-3 zone with them.  For now, here are your stats: