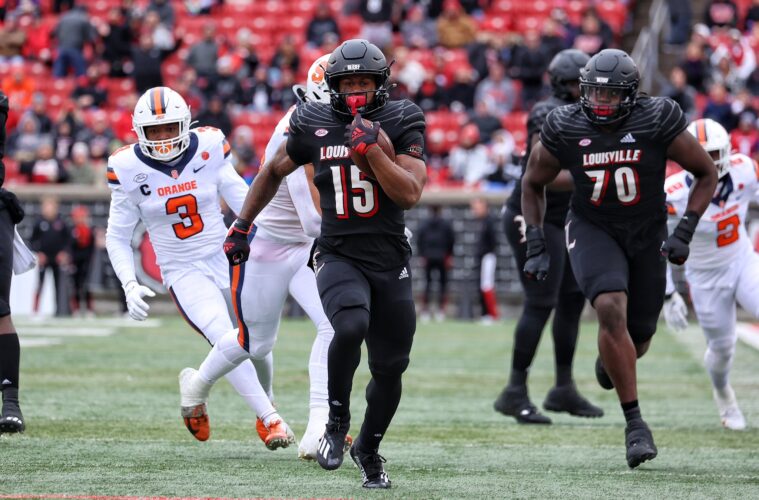 The Cardinals put two players from their defense on the second team in junior linebacker Yasir Abdullah and sophomore cornerback Kei’Trel Clark. Abdullah led the team with 9.0 sacks and 14.5 tackles for loss in 12 games as a starter. The 9.0 sacks were the most by a UofL player since Devonte Fields recorded 11.0 in 2015.

Despite playing in only eight games after suffering a knee injury, Clark was named second team for back-to-back seasons. The Richmond, Va., native tied for fifth in the league with three interceptions and nine pass break-ups, while tallying 40 tackles.

A former walk-on, Ford led the team with 47 receptions for 530 yards and a pair of touchdowns. He recorded four more receptions in six games, including an eight-catch, 100-yard performance in a 42-35 victory over UCF. He also registered six catches for 52 yards versus Florida State and ended the regular season with six receptions for 68 yards.

Center Cole Bentley, a starter in 11 games, led one of the nation’s most potent offenses. The Cardinals averaged 211.3 yards on the ground per game, while averaging 5.4 yards per carry, Overall, the offense finished the regular season averaging 450.2 yards per game and averaged 31.9 points per contest.

A three-year starter, Avery led the Cardinals in tackles for the third-straight year after finishing the regular season with 87 tackles, 6.5 tackles for loss and three sacks in 12 games at middle linebacker. The Grenada, Miss., native recorded a season high 12 tackles at Wake Forest and added 10 versus Clemson.

Duncan, a Georgia Southern transfer, started 12 games at safety finishing third on the team with 77 tackles. He opened the year with 10 stops versus Mississippi and added 10 tackles against Syracuse.