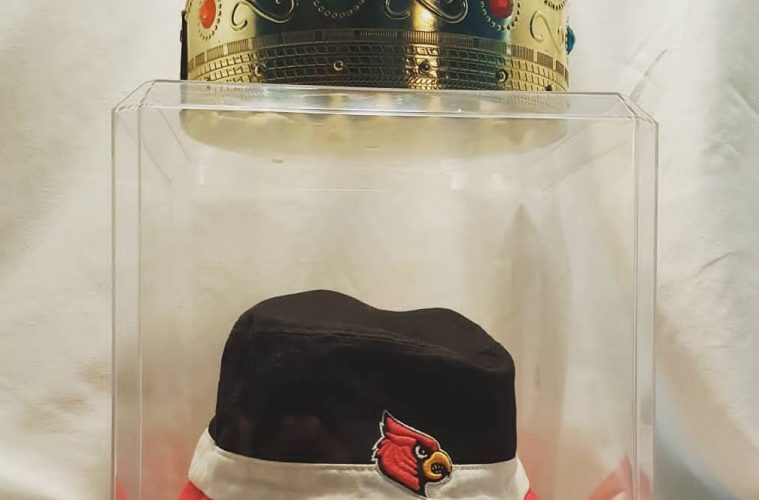 (**Reaches in kitchen cabinet and grabs biggest mug I can find, drops a few ice cubes into the glass,  fills to the brim with Bourbon.  Takes a shot of tequila for good measure).

The BHK is on his way to being highly intoxicated and nothing will stop this train.  This edition of the court notes will be different than what you have read before.  I will not bash players, I will destroy coaches.  Yes, players play and coaches coach but those coaches are paid thousands and in some cases millions to prepare a team and I have not seen one game this year where our coaching staff has earned a full paycheck.

Yes that is harsh but it is also a fact.  Raise your hand if you have seen Louisville play a complete game this year.  Put your hands down and get out of my courtroom you damn liar.  There is frustration and then there is what Louisville fans are going through this year.  Forget mojo, we have lost all enjoyment in anything Louisville related this year.   Like the team, the fans needed that game last night.   We needed a healthy distraction to take away from the other BS we have had to endure.  We needed some good news when the ESPN Bottom Line ticker was detailing the Adidas contract for Coach 2. ………and we didn’t get it.

We all need good news. The piling on has become unbearable and the local newspaper reads like an obituary these days.  I can’t help but think this is the bill for the “Year of the Cardinal”.  Can we send Jon Snow, the Hound, Tormund, and the Lord of the Light and go find the person we sold our soul to have that awesome year?  Tell them we need to make a return to get our soul back, this drama and embarrassment is not worth it. (we will keep the 2013 championship for our trouble).  Enough of my rambling, let’s get to it.

Any outbursts from the court and you will be removed by @sleepycardfan also known as PAWWWWWWWL.   If there is anyone that can fix the defense, it’s  him.  Just give him one week, UGK’s ” Ridin’ Dirty” album, and get the hell out of the way.

What the **** is that?   The run sets up the pass, everyone knows that.  You run Malik and Reggie twice and then say to hell with it?  I don’t understand it at all.   We lost a RB commit this week, and I see why.

A.)  Missing tackles and not wrapping up.  If we were playing bingo using chips labeled with “wrap him up” we would have a winner in minutes.

B.) The middle of the field is CON-STANT-LY   open.   Sirmon you are paid to defend, but so far we are paying you to assist opposing offenses in improving their yardage.

D.)  You can’t lose Jaylen Samuels in coverage, we lost him.    You can’t let Nyheim Hines get loose, we did.  You can’t let Ryan Finley get comfortable in the pocket and pick you apart, we did and he did.

E.) 3rd and Sirmon is a thing and it is way worst than 3rd and Grantham.

NC State has reached Louisville territory in every possession of the game. pic.twitter.com/hhhOaBApZx

And in closing as I start to  slur my words, I am not too sure what to expect of this team the last 6 games of the year.  I said in the beginning we would go 10-2 but we have major issues on defense and now 8-4 or even 7-5 is not out of the question.  We cannot fire a coach in the middle of the season especially with all the interim tags floating around at the university.  But something has to give and soon or you run the risk of losing your team all together.  Bobby has to find out how to use his offense  (never thought I would type this) and Sirmon has to find out how a blitz package actually works.

I am tired of saying “we will be fine” and “not time to panic”.   At this point I am done with the Willy Wonka sugar coating, I think we are in some serious trouble on defense and it started with the Purdue game and has yet to be corrected.

The fact is, a fanbase is looking for something, anything to feel good about and so far we are coming up empty. No, the fanbase does not take the hits or go through the training to be a college football player. But after hearing and seeing your school trashed all over the world you want to be able to smile about your football team who was largely ignored for the past two weeks.

We have the Heisman winner, we need to take the governor off as TBG would say.   We have James Hearns and Trevon Young, we need to send them every play.  We have a shifty burner named Traveon Samuel, let him touch the football, hell use him at running back for few plays.  We have great tight ends, they need to be used in an offensive scheme at some point. We have some good linebackers, what are we waiting for?

I hope that we can turn it around, we are running out of chances to do so and The Walking Dead starts soon.  Just saying you don’t want a fanbase to lose interest too soon, if you do it could be…….hey is that Negan.