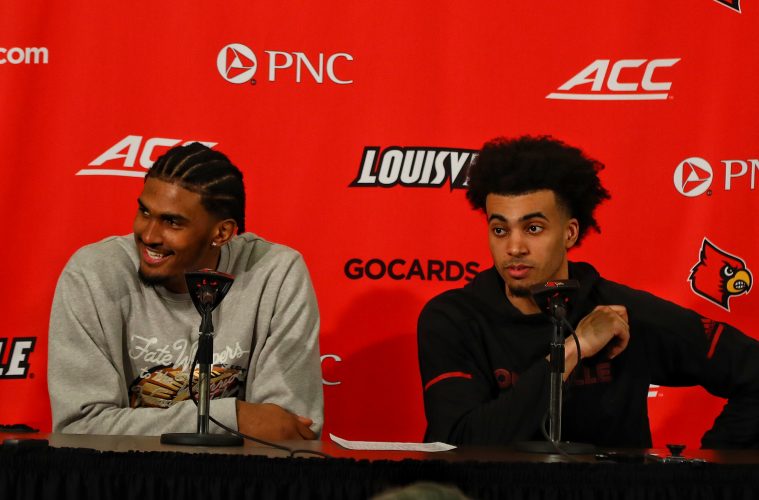 BucketHatism: Finishing our Orange Juice and wiping the Tar off our Heels.

Order has been restored.

Fans, back up from the ledge. Stop making the noose. The Cards are back on track. A week ago the fanbase was on the verge of getting torches and pitchforks and marching down to Floyd street to address the team personally. Thankfully, a players-only meeting and two resounding ass whippings have seemed to halt all negative statements and freakouts for the time being.

We have three more regular season games left, including a big one tonight that very well could decide the ACC champ.

These two kids worked the crowd the entire game on Saturday and deserve a lot of credit. Rob Hickerson is a CARDS cheer veteran and has been doing this dating back to the Freedom Hall days. It has to feel great to lead an entire arena in a cheer:

Roy Williams is me whenever I want to eat an entire crave case from White Castle while watching Disney+, but the wife hands me a salad and balsamic vinaigrette instead:

Person(s) or things that must sit through a seminar where Billy Reed is breaking down the amount of calories in water:

**Disclaimer** This will be the last BucketHatism for a few weeks. Being that the games are spaced out, it would make more sense to me to wait and wrap up FSU, V-Tech, and Virginia in the Final Verdict before the tourney games begin. I would say look for the last BucketHatism of the year on March 9th or so. Thanks for reading.