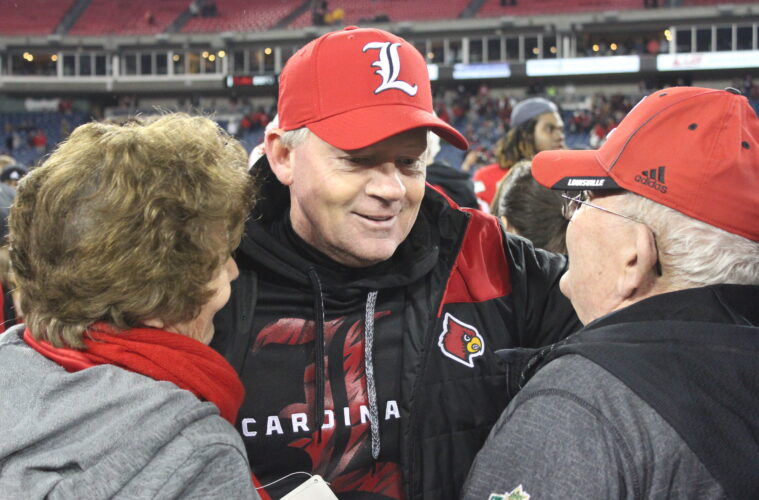 Louisville Head Football Coach Bobby Petrino took the time to pen a “Thank You” letter to Card Nation today. Last week, Petrino led the Cards to a Music City Bowl victory over Texas A&M. The win was the 1st bowl victory of Petrino’s 2nd tenure with UofL and his 3rd bowl win (in 6 appearances) at UofL.

It’s always a great time to be a Cardinal but last week was especially sweet, which is why I want to thank the entire Card Nation for the support you show us down in Nashville!

Every bowl game is a special experience, but it is even better when our fans completely take over the location like you all did in Music City.  Having Nissan Stadium feel like we were back home in Papa John’s Cardinal Stadium was tremendous for our staff and team, and bring home the Franklin American Mortgage Music City Bowl trophy was icing on the cake.  This was a true team effort and we couldn’t have done it without you!

I hope everyone had a great holiday season and will have an even better New Year!  We look forward to making 2016 another year of Cardinal Football that will make you proud to be a fan.

Thanks again, and GO CARDS!!!