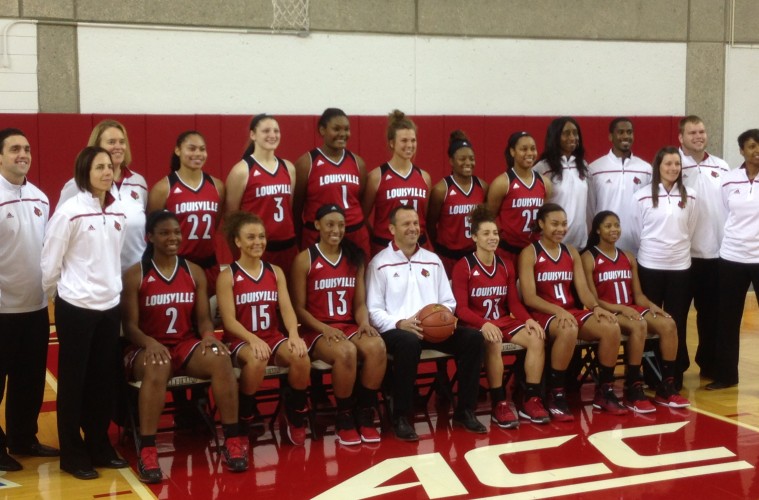 Louisville (10-5) rode a 25 point performance from Mariya Moore, and a 19 point effort from Myisha Hines-Allen to a 13 point win on Sunday over the Yellow Jackets from Georgia Tech (10-5) 78-65.  The win pushed Louisville’s ACC record to 2-0 after also beating 15th ranked Florida State on New Year’s Day.  For the Cards, rebounding and improved offensive efficiency around the basket were the biggest catalyst in Sunday’s win.

Hines Allen led the Louisville rebounding effort with 9, but had assistance from Mariya Moore’s 7 and Cortnee Walton’s 5.  More importantly than the rebounds, for Coach Walz, was the fact that his team was able to capitalize on the opportunities.  “In the past we had really good offensive rebounding numbers, but we weren’t making the shots.”  “We’d rebound, miss, rebound, miss, rebound, miss, and they would get the rebound and go the other way, so it did us no good.”  Such was not the case on Sunday.

While the Cards began the season by dropping 4 of their first 5, they have since reeled off 7 wins in a row, and 9 of their last 10.  However, the biggest tests lie ahead with a games this week against Va. Tech on Thursday night and a Sunday tilt with 12th ranked Duke.  If the Cards can continue to capitalize on their recent success, the rough start may be a bad memory in their not so distant future.

Key to the improvement for the Cards has been the increased productivity from the freshman class.  Heralded as the number 1 recruiting class nationally, it has not been until recently that this unit has been consistently productive.  During Sunday’s game against Ga. Tech, Walz received quality minutes from Brianna Jones, Erin DeGrate, Taja Cole and Asia Durr.  Walz credited this growth to the increased practice time the freshman have enjoyed during the semester break.  “We have had freshman practices everyday.  There will be one tomorrow, one on Tuesday, and then unfortunately, we have to get back to class.”  In order for this team to peak, the freshmen will have to shoulder a heavy load. Tickets for Thursday night’s7:00 p.m. game are still available and the contest will be carried on ESPN3.