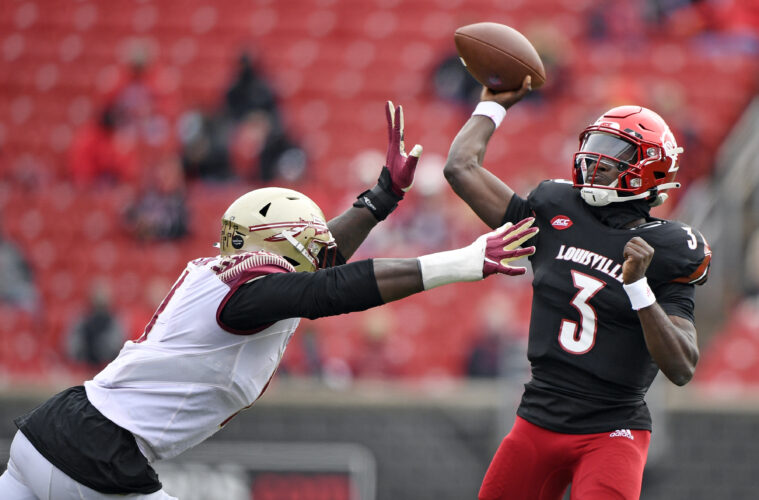 It’s finally here. We’ve waited nearly 15 long years for this. We finally get a chance to avenge Elvis Dumervil.

Louisville fans will remember well what happened in the 2006 Gator Bowl, when Marcus Vick stomped on Elvis Dumervil’s leg after a play, the action was not flagged or acknowledged by the officials at all, and Frank Beamer allowed Vick to play the rest of the game as if nothing happened. Then Hunter Cantwell broke his nose and a contempt for Va Tech was born amongst Cards fans.

Fast forward to 2020, and the Cards and Hokies are set for their first tilt as ACC conference rivals, and if you can figure out the ACC, please let me in on it. The conference is Clemson, then everybody else. Notre Dame is very good but somewhat uneven, UNC looked like a top tier team, then they dropped a head-scratcher to Florida State. The rest of the conference is full of teams that could beat each other any given week, depending on who shows up. Va Tech has been up and down and dealing with Covid-19 roster challenges all season. They are coming off a messy loss to Wake Forest. Louisville is, of course, coming off its best performance of the season against FSU. This one ought to be a GREAT matchup on Halloween night (late afternoon? Evening? 4 o’clock is a weird kick time.) Let’s get to the keys…

Last week I discussed the famous Sweet Pig on Pig. This week I want to talk about her slightly leaner cousin, the Pig n’ Chick’n. Charcoal fire (of course,) my signature Poultry rub on boneless chicken breast (thicker the better,) Thunda Sowce, thick-cut bacon, grilled pineapple. I also do an alternate version with a slice of avocado instead of pineapple, but that is honestly a whole different meal.

I think this one is very evenly matched. I don’t want to overreact to a blowout win over a bad team, but I feel like the Cards and their coaching staff have found something. They called the best game of the year on offense last week, and Bryan Brown has called his two best games the last two weeks. And the execution has been there. I think the Cards build on the complete performance from last week and make it two in a row.

A late turnover by the pressing Hokies seals it for the Cards.

Everybody have a safe and smart Halloween, and if you haven’t voted yet, please vote.