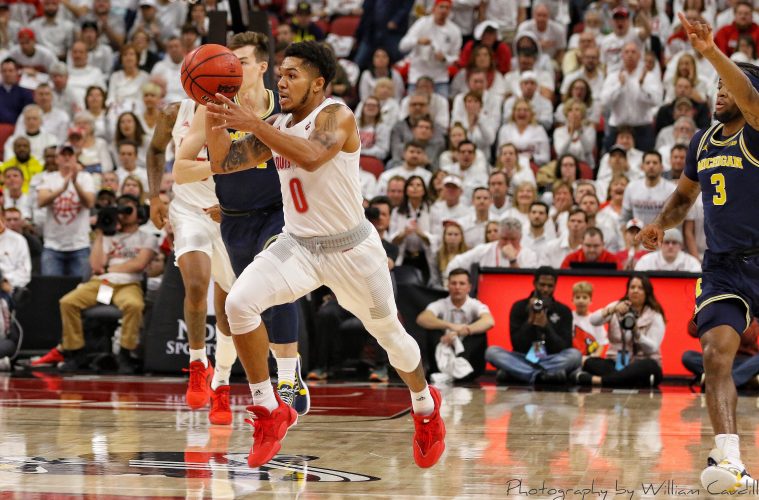 The University of Louisville men’s basketball team will play at Wisconsin in the 22nd Annual ACC/Big Ten Challenge on Wednesday, Dec. 9 in Madison, Wisc.

Ranked 17th nationally in the final 2019-20 Associated Press poll, Wisconsin posted a 21-10 overall record and claimed its 19th Big Ten championship in school history, and first since 2015.  Ranked seventh in the Blue Ribbon College Basketball Yearbook 2020-21 preseason rankings, the Badgers won their final eight games of the season before the coronavirus shut down the season.

UofL won its only previous matchup against Wisconsin 42 years ago, beating the Badgers 70-53 in the first game of the Louisville Holiday Classic on Dec. 28, 1978.  Derek Smith led the Cardinals with 17 points off the bench in that game, adding 10 rebounds in 24 minutes.  Claude Gregory paced Wisconsin with 17 points and five steals.

Last season, the Cardinals posted a 24-7 record, tied for second in the ACC with a 15-5 mark, and finished the season positioned eighth in the nation in the NCAA’s NET rankings (No. 14 AP, No. 13 USA Today).  It was the best overall record through 31 games for a Louisville team in six years and marked the most conference victories for the Cardinals in their six years in the ACC.  The Cardinals return three of their top nine scorers (two of its top six), including a pair of late-season starters in Malik Williams and sophomore guard David Johnson.