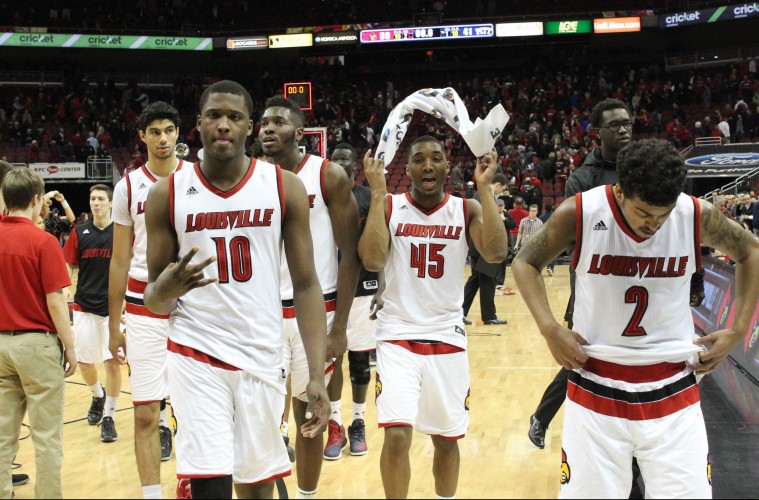 The University of Louisville men’s basketball team will face Old Dominion in its first game of the 2016 Battle 4 Atlantis college basketball tournament, which begins on Wednesday, Nov. 23 at the Atlantis resort in Paradise Island, Bahamas.

Louisville’s second-round foe will be from the Wichita State-LSU matchup.  Teams advancing to the semifinals will play on Nov. 24 at noon and 2 p.m. on ESPN.  The third-place game will be played on Nov. 25 at 1 p.m.  and the championship game will be played at 3 p.m., both on either ESPN or ESPN2.  Times for the remaining games will be released soon.  All 12 Battle 4 Atlantis games will be televised on either ESPN, ESPN2 or AXS TV.  The 12-game tournament will be staged in Atlantis’ Imperial Arena, the unique and impressive 3,900-seat arena

Louisville posted a 23-8 record during the 2015-16 season, finished fourth in the ACC and beat two Final Four participants in North Carolina and Syracuse. It was the 14th consecutive season UofL has won 20 or more games and the Cardinals were ranked 16th in the Final Associated Press national rankings.  UofL’s 146 victories over the last five years are the fifth-most in the nation in that stretch.

The eight team field has combined for 30 Final Four appearances, and five of the eight have reached an NCAA national semifinal within the last decade, including Michigan State (2009, 10, 15), Louisville (2012, 13), Wichita State (2013), VCU (2011) and LSU (2006).  Louisville reached the championship game of the 2012 Battle 4 Atlantis early in its 2013 NCAA Championship season, falling to Duke in the title game of its only previous appearance in the event.

Battle 4 Atlantis ticket and travel packages can be booked by calling 1-800-Atlantis or Battle4Atlantis.com. Fans can follow along using the hashtag #Battle4Atlantis on social media, as well.