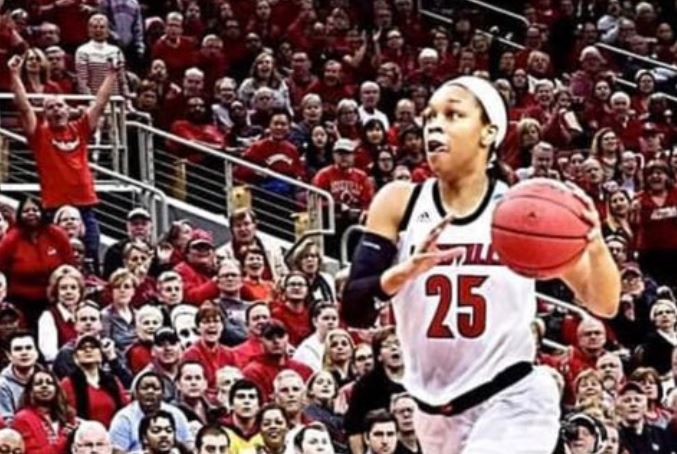 Let it be known.. that there is in fact an NCAAW basketball tournament being hosted across the country on several overlapping days with the NCAAM tourney in other cities. Let’s just state that fact early. There are also a lot of people who do know that to be true. They are attending, watching on TV and following live updates online. Thousands of them. Tens of thousands. So ignore those folk in the comment sections of Facebook and Twitter threads of the storylines from the women’s game from our most major news outlets that say otherwise. They’re speaking mostly for themselves when they make jokes and attempt to convince others that ‘no one watches women’s sports’. Such comments, like the most recent coming after the dunk contest where a female took the title over a male because she did just that, dunked (only the second female to do so). There were plenty of males out there who would assure you from the couch how easy it was to do so and how the NCAA competing males do that same move and have for nearly 50 years… I digress.

There seems to be some frustration from some of our most accomplished female athletes and administrators in the area from those outlets.. and it’s warranted. From the start of the tournament with the bracket being leaked hours in advance on one of the ESPN channels, ruining the element of surprise and almost ruining the celebration parties for the teams and respective fanbases. It ended up being alright, fans still celebrated with the teams and made appearances on live TV but seriously… where is the vigilance?! Chalk it up as an honest mistake and let’s get pumped because the Cards are dancing and get the #1 seed for the second consecutive year!

Oh but wait, the following Monday from the bracket leak, our own Asia Durr had to remind the official @marchmadness Twitter account of it’s own scheduled madness when the account tweeted that it was frustrated there weren’t any games until the following weekend (when the men would open it’s Sweet16 at the Yum Center Thursday night…) But there were games. Eight of them, in fact, as womens teams across the country were punching their ticket to their own Sweet16 sites.

On Monday, I watched NC State bounce Kentucky in the round of 32 in front of 2,700 fans followed by a booming Beaver fanbase of 5,500 at Oregon State as they advanced to the Sweet16 with an exciting win over Gonzaga all on ESPN.

Get ’em, Asia. If you read the account’s bio, it claims that the account only follows the Men’s DI basketball. Which is fine.. but it warrants where the women’s march madness twitter account highlighting its tournament progress. There is, though, an NCAA WBB account that follows the leagues action year round but not one that only kicks up for post season action. The gripe here is that the men’s side of the ‘media’ should be more aware and supportive of the women’s side of the tournament. If they just didn’t know it was happening, my question is how? And if they did know and still chose to tweet a conflicting message to the average basketball fanbase, my question is why? Why is there a lack of effort to grow this market? An tweet encouraging fans to tune in for the NCAAW games would’ve been a nice assist.

On Friday, the UofL WBB team advanced to the Elite 8 for the second year in a row with a win over the 4 seed Oregon State Beavers, 61-44. An hour later, the UK men’s team barely scraped by Houston to advance in the men’s tournament which earned a congratulatory shout out from the KY state governor via Twitter. Coach Walz woke up and discovered the snub.

I feel your pain, Coach. It was amazing to make eye contact with the server at the bar last night as I stood in front of one of the only TV’s in the building that had the women’s tournament on… he changed it to the Cats’ game like it wasn’t already on 10 other TV’s in the place. I went to the corner far from my friends’ table to be able to catch the convincing victory until the buzzer.

But we do have progress and people working to do better for our female athletes; the work they put it and results they get out of it. The attendance numbers are rising, the local media coverage is rising, even the WBB conversation at the water-coolers is more frequent. We know sports are a microcosm of our society and I know if it really came down to it.. a true basketball fan would be like this guy as Asia Durr made her way to the bucket.

CARDS vs UCONN
12 PM on ESPN