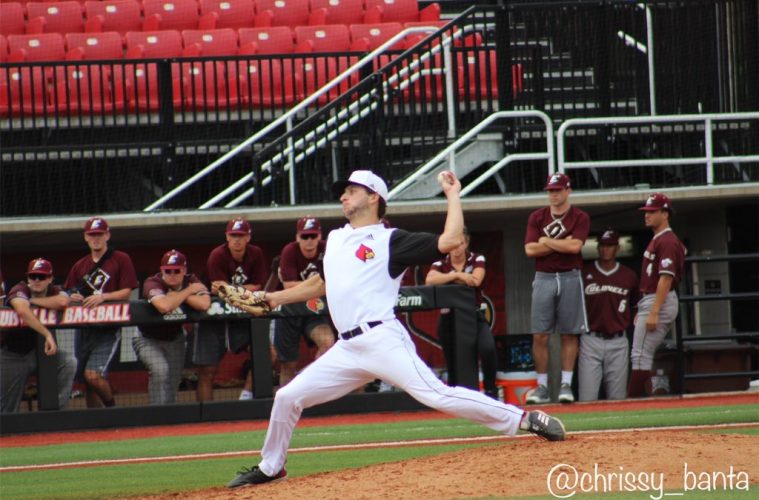 This morning, via a video released on twitter, LHP Adam Elliott announced that he will be returning to play baseball for the Louisville Cardinals next season. A decision that was not made lightly and came with many days of conversations with his parents, teammates, and coaches.

According to Coach McDonnell in a teleconference that took place just before the MLB draft, Elliott’s return would be big for the Cards in the 2021 season. Coach McDonnell stated that Adam continues to improve in his role and that with his return, he will be given the opportunity to earn a starting position.

In the 2020 season Adam made seven appearances and recorded a 0.87 ERA with 14 strikeouts over 10.1 innings. His career ERA is third on Louisville’s all-time list at 1.88 with 6 career wins. The return of Adam Elliott will play a big role in the leadership of the team. He has proven himself on and off the field and has gained the trust of his teammates, coaches, and the fan base. Welcome back Adam, we’ll see you in the spring!